Home seven-facts Miss World 2019 Toni-Ann Singh: Check Out Seven Facts About Her That Are Pretty Interesting

Miss World 2019 Toni-Ann Singh: Check Out Seven Facts About Her That Are Pretty Interesting 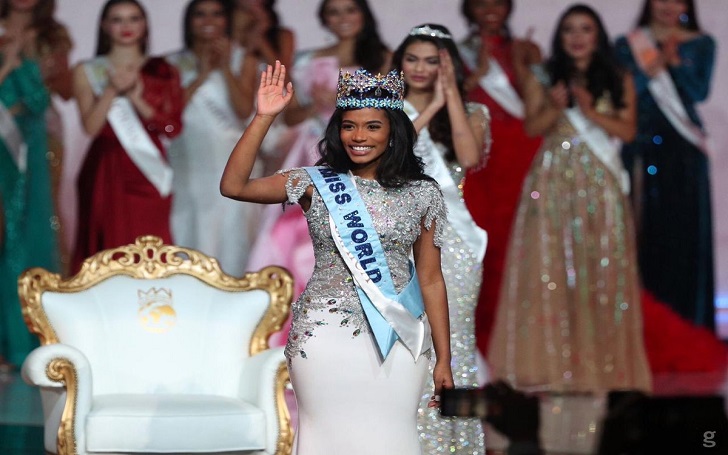 Toni-Ann Singh is a Jamaican-American model who was crowned the 69th and 2019's Miss World making her the fourth Jamaican woman to achieve such a feat. Prior to that, she has also remained as the Miss Jamaica World 2019.

Toni-Ann Singh is the fourth Jamaican woman to be named the Miss World 2019. The event was held in London, England, on 14th December 2019.

This is the fourth win for Jamaica after a decade, since their last success in 1993 with Lisa Hanna. The previous winners from the country were Cindy Breakspeare (1976) and Carole Crawford (1963).

2019 is the first time that all beauty contests like Miss Universe, Miss World, Miss USA, Miss Teen USA, and Miss America, were women by black women.

2.Migrated from Jamaica to the United States

Born in 1996 in Morant Bay, Jamaica, she and her family migrated to the United States. She was nine when she moved to a foreign land and settled in Florida.

Prior to being the beauty of the world, she competed for the Miss Jamaica World 2019 back in her homeland. Toni-Ann Singh eventually won the beauty pageant whereby she was given the opportunity in the world competition.

Besides being a beautiful young woman, Toni is also an intellectual individual who holds a bachelor's degree in women's studies and psychology. She graduated from Florida State University located in Tallahassee, Florida.

Before winning the prestigious contest she took a year off from school to attend a medical college and according to the official Miss World website she has a strong will to become a medical doctor.

Back in the university, she served as the President of the Caribbean students association.

The 69th Miss World has a beautiful voice and is a talented classical opera singer. She mentioned that music has always been a major part of her life and also sang in the church and the children's choir.

She also attended training in classical music and cited her uncle Prince Theo to be her driving force.

In the beauty contest, she sang Whitney Houston's I Have Nothing for which received a standing ovation from the judges and the audiences.

One of the judges Piers Morgan congratulated her on Twitter for singing abilities where he wrote:

During her free time, she loves to cook, make vlogs, and volunteer for charitable organizations.

6. Her Mother is her Rock of Gibraltar

Toni stated that the most important and inspiring in her life is her mother. She recently a video of her and her mother on Instagram having ice cream and in the post she narrated her devotion towards her mother and paid tribute to the sacrifices she made for her.

Ann credits all her success to her mother, who believed in her and was always there to support her and helped the Miss World to chase her dreams.

Toni-Ann Singh's debut beauty contest was at the Florida Caribbean Association where she encountered judge and former Miss Jamaica World of 2005, Terri-Karelle Reid. It was Terri who encouraged Toni to enter the Miss Jamaica World contest.

I had a platform working on, so I entered the Florida Caribbean Association pageant and Terri was one of the judges and she asked me if I would enter Miss Jamaica World and I decided to give it a try

Thanks to the support and motivation from Reid, Toni made it to the Miss Jamaica World 2019 and ultimately won the Miss World 2019.