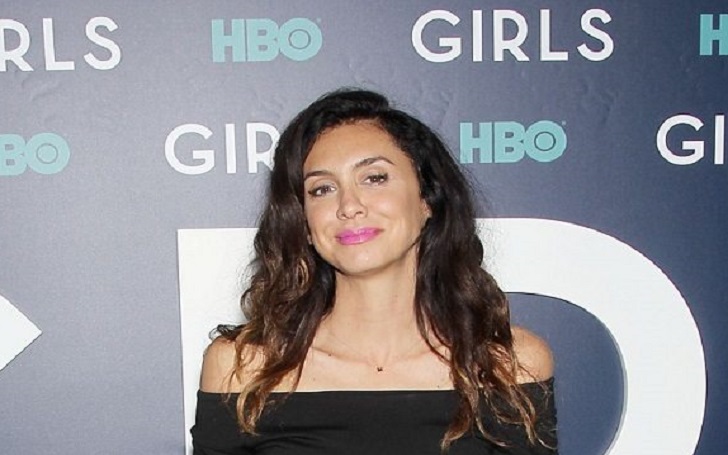 Mozhan Marno is an Iranian-American actress, writer, and director. She is very famous for her work on The Blacklist (2014-)and House of Cards (2014-2015). As a successful actress, she was able to be nominated for Satallite Awards (2009) and Screen Actors Guild Awards (2015).

Mozhan Marno was born on May 3, 1980, in Los Angeles, California, the U.S under the zodiac sign, Taurus. She holds an American nationality and belongs to white ethnicity. Mozhan is very private when it comes to her family members and has not revealed much about them, however, we got to know that her parents were from Iran and met in Califonia.

She attended Philips Academy, Andover, Massachusetts. After graduation, she earned a Bachelor’s degree in French and German comparative literature from Barnard College of Columbia University. She also got MFA in acting from the Yale School of Drama.

Like many celebrities these days, Mozha is also very private when it comes to her personal life. She has not revealed about her dating life and boyfriend to the media.

Another from my shoot with dear @shayanhathaway.

We can assume that she is single as of 2019, however, possibilities still exist that she might be in a romantic relationship behind the curtain.

Mozhan Marno has the estimated net worth of $1 million. Her main source of income is acting, which helped her collect a decent amount of money. Besides acting, she is also a writer and director. According to the source, the average salary of an actor is around $50,249 with a median bonus of $1,015.

Mazhan began her acting career in 2006, portraying the role of Protocol Chief on a television series The Unit. Following year, she appeared on a movie Charlie Wilson’s War as a Refugee Camp Translator. In 2008, she appeared on The Stoning of Saraya M as an Atti.

Till 2019, she has appeared on many television series including The Paul Reiser Show, The Glades, Hung, The Mentalist, Bones, and Standoff. However, she began to gain popularity only after making her appearance on a television series the Blacklist in 2014 as Samar Navabi.

Besides acting, she has also directed and wrote screenplays for a play titled When The Light Went Out. Incoming is also a short movie written and directed by Mozhan.

You May Also Like To Read Biography, Net Worth, Career, And Relationship Of Sally Bretton, Lea Delaria, Winston Beigel, Doug McClure, And Chasty Ballesteros.