home Biography How Much Is The Stranger Things Star Natalia Dyer Worth At Present? Here's Everything You Need To Know About This Beautiful Actress

How Much Is The Stranger Things Star Natalia Dyer Worth At Present? Here's Everything You Need To Know About This Beautiful Actress 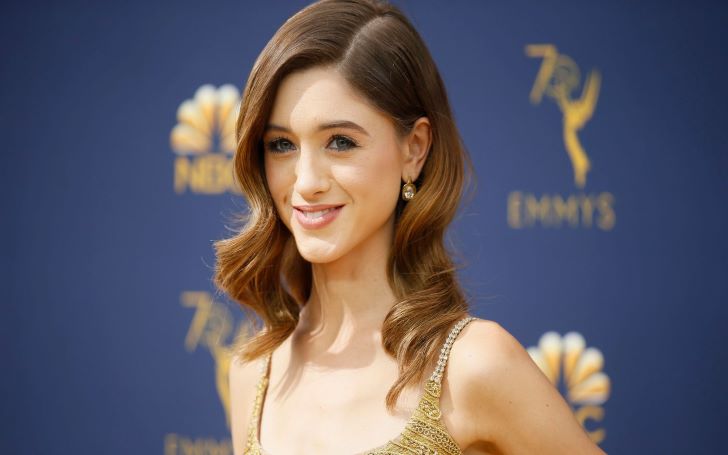 Body and Relation Status of How Much Is The Stranger Things Star Natalia Dyer Worth At Present? Here's Everything You Need To Know About This Beautiful Actress

Natalia Danielle Dyer, also professionally known as Natalia Dyer is an American actress, popular around the globe for the role of Nancy Wheeler in the Netflix horror series Stranger Things. In the professional career of ten years, she played in several films and TV series. Moreover, she is the winner of the Screen Actors Guild Award.

The American actress was born on January 13, 1995, in Nashville, Tennessee, United States. She was born to father Allen Miles Dyer and mother Karen Dyer Young, a former physiologist at Vanderbilt University. As for siblings, she has a younger sister and half-sister from her mother's side.

She belongs to American nationality and white by ethnicity. Her birth sign is Capricorn. She loved sports in her childhood, however, diverted to acting due to an ankle injury. As for education, she graduated from Nashville School of the Arts.

In addition, Natalie moved to New York, joining New York University in 2014. She attended at the Gallatin School of Individualized Study in 2014-2015.

Natalia Dyer’s Personal Life & Relationship Status: Who is Her Boyfriend?

Natalia is currently in a relationship with the co-star of Stranger Things, Charlie Heaton. Charlie is known for the role of Jonathan Byer in the series, where the couple met each other.

They started dating since 2016, and made their relationship official in 2017 after appearing at the 2017 Fashion Awards in London. The couple is together ever since however, there are no rumors of them getting married anytime soon.

The American actress has accumulated an estimated net worth of over $2 million. With the professional career of ten years, she has appeared in several films and TV series.

The gorgeous American actress made professional debut from the movie Hannah Montana: The Movie as Classica Granger at the age of 12 in 2009. Following then, she appeared in the short film Too Sunny for Santa as Janie in 2010.

Her latest movie is Yes, Good, Yes where she played the role of Alice, releasing in 2019.

In addition, she made a TV series debut in Stranger Things as Nancy Wheeler, which released in 2016. The series consists of three seasons which got her a Screen Actors Guild Awards in 2017.

Moreover, the American actress appeared in the music video “Wild Love” of James Bay in 2018.

Who is Natalia Dyer?

Natalia Dyer is an American actress best known for her roles as Nancy Wheeler in the popular Netflix series Stranger Things.

How old is Natalia Dyer?

How tall is Natalia Dyer?

How much is Natalia Dyer worth?

Natalia Dyer has an estimated net worth of over $2 million as of 2019.