home Biography Who Is Natasha Lyonne? Get To Know About Age, Height, Net Worth, Measurements, Personal Life, & Relationship

Who Is Natasha Lyonne? Get To Know About Age, Height, Net Worth, Measurements, Personal Life, & Relationship 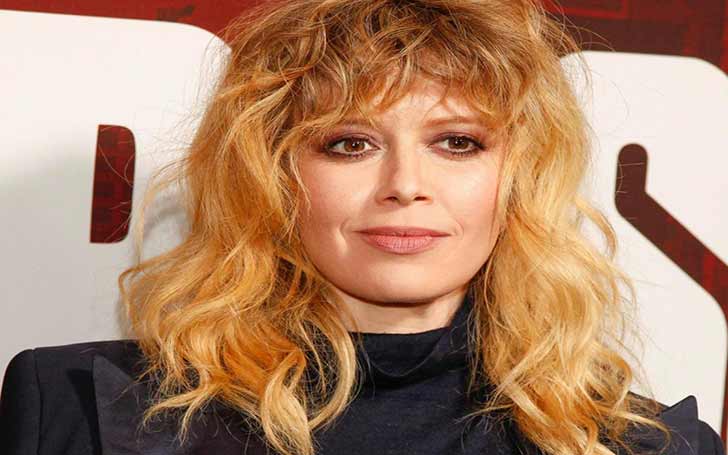 Body and Relation Status of Who Is Natasha Lyonne? Get To Know About Age, Height, Net Worth, Measurements, Personal Life, & Relationship

Natasha Lyonne is an American actress, writer, producer, and director. She is widely recognized for her role as Nicky Nichols in the show, Orange Is the New Black. She is also the co-creator, executive producer and writer of Netflix’s show, Russian Doll in which she plays the lead role.

Natasha Bianca Lyonne Braunstein was born on April 4, 1979, in New York City, New York, to father Aaron Braunstein and mother Ivette Buchinger in a Jewish family. Her father was a race car driver, radio host, and a boxing promoter. After living in New York for eight years, Natasha moved to Israel for over a year. Her grandparents were the Holocaust survivors.

As for education, Natasha attended a private Jewish school named The Rabbi Joseph H. Lookstein Upper School of Ramaz but was later expelled for selling weed. She then joined the Miami Country Day School but left during their senior year to attend a film program at NYU’s Tish School of Arts. She even studied at New York University briefly to study film and philosophy.

Lyonne has an American nationality and belongs to the white ethnic community. Since she is born in April, her zodiac sign is Aries.

Natasha Lyonne is in a relationship with American comedian, writer, producer, and musician, Fred Armisen. They started dating in 2014 and have been together ever since for five years now.

Before Fred, Natasha’s boyfriend was Michael Rapaport briefly in 2005. She also dated actor Adam Goldberg for three years from 2001 to 2004. Actor Edward Furlong was also linked with Lyonne for about a year. Despite being in so many relationships, Natasha has no interest in getting married and is just focusing on her career.

Unlike many actresses in the industry, Natasha has never had plastic surgery for the fear that something would go wrong.

Natasha Lyonne has a net worth of $3 million from her career as an actress, director, and writer. Her involvement in more than 80 projects has made her bank credits quite comfortable.

Lyonne’s wealth took a steep rise after she joined, Orange Is the New Black and the show’s popularity peaked. Woody Allen’s movie, Everyone Says I Love You earned $9.8 million in the box office while Blade: Trinity earned an impressive $128.9 million worldwide.

Currently, Natasha’s main source of income comes from Orange Is the New Black and Russian Doll.

Natasha entered the entertainment industry at the age of six after being signed by the Ford Modeling Agency. Her debut as an actress came as Opal in the first season of Pee-wee’s Playhouse in 1986. The same year she also featured in the movie, Heartburn.

A decade later, Lyonne acted in Woody Allen’s Everyone Says I Love You. Because of her performance, many projects opened to her. Two years later, she starred in Slums of Beverly Hills for which she received two teen choice awards.

Around that decade she starred in movies like Detroit Rock City. American Pie, Scary Movie 2, The Grey Zone, and Blade: Trinity. She has also made appearances in many series like Weeds, Will & Grace,  Law, and & Order: Special Victims Unit.

In 2013, Natasha joined the actresses like Taylor Schilling, Laverne Cox, and Danielle Brooks in the hit Netflix series, Orange Is the New Black. She has been in the show as a main cast six years, as of 2019. Other than acting, Lyonne has also directed some short movies like Cabiria, Charity, Chastity.

Currently, she is seen in American comedy-drama, Russian Drama with Amy Poehler. She is also preparing for the release of Honey Boy alongside Shia LaBeouf, Lucas Hedge, and Noah Lupe. The movie is set to release on November 8, 2019.

Who is Natasha Lyonne?

Natasha Lyonne is an American actress known for playing the character of Nicky Nichols in the popular show, Orange Is the New Black. She is also known for the lead role in comedy-drama, Russian Doll.

What is Natasha Lyonne’s age?

What is Lyonne’s net worth?

Natasha Lyonne has an estimated net worth of $3 million.

How many followers does Natasha Lyonne have on Instagram?

Natasha Lyonne has a large following base of 1.5 million followers.

What is the eye color of actress Natasha Lyonne?