home Biography Who Is Nina Nesbitt? Get To Know All About Her Age, Early Life, Career, Net Worth, Personal Life, & Relationship

Who Is Nina Nesbitt? Get To Know All About Her Age, Early Life, Career, Net Worth, Personal Life, & Relationship 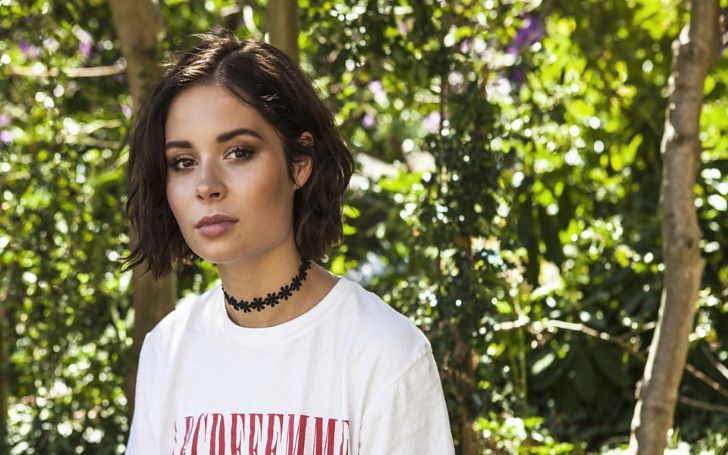 Body and Relation Status of Who Is Nina Nesbitt? Get To Know All About Her Age, Early Life, Career, Net Worth, Personal Life, & Relationship

Nina Lindberg Nesbitt, also professionally known as Nina Nesbitt, is a Scottish singer along with songwriter, best known for her song Stay Out, which ranked at 21st on the Uk Singles Chart in April 2013. With the professional career over seven years, she has released several singles, extended play records, and albums.

The Scottish singer was born on July 11, 1994, in Livingston, Scotland. She was born to mother Caty Nesbitt, a childcare worker and father Mike Nesbitt, a worker in the electronic industry. She belongs to Scottish nationality and white by ethnicity. Her birth sign is Cancer.

As for education, Nina studied at a local school in Bellsquarry, Livingston. She completed her high school form Balerno Community High School at the suburb of Edinburgh, Scotland.

She participated in several competitions such as regional and national gymnastics competition. In addition, she was also a member of Scottish Team training for the Commonwealth.

At the age of 15, Nesbitt started playing the guitar. She was inspired by Taylor Swift and after listening to the Fearless album of Taylor, she uploaded the cover song on her YouTube channel.  After getting a positive response, the Scottish singer began writing and recording songs.

Nesbitt had an intimate relationship with popular English singer Ed Sheeran in 2012. The two started dating during the musical tour. They lived in a romantic relationship for over a year and broke up.

Ed Sheeran described of Nina in his two singles Photograph and Friends. Nina described as love-hate in regard to her relationship Ed.

She is currently in a romantic relationship with a member of the English rock band Lower Than Atlantis, Mike Duce. The couple started dating since 2016 and is satisfied with the current relationship.

The Scottish pop singer is philanthropic and was a member of mothers2mothers, a non-profitable organization, helping in several fundraising programs. Moreover, she appeared in Women in The World Summit alongside Cara Delevingne and Nicole Kidman.

Nina Nesbitt is one of the popular pop singers at the national and international levels. She has released several albums, EP and singles. Her net worth is still under review.

However, with over six years of professional career, she must have accumulated enough to live a blissful life. In addition, she also goes to several musical tours and performances.

The Scottish singer met English singer Ed Sheeran in Edinburgh in 2011. After the chat with him regarding songs and played a song for him. Impressed by her singing, Ed invited her to his European tour for support. Moreover, she appeared in his music video Drunk.

On February 17, 2014, Nina released her debut album Peroxide, which ranked at the top of Uk Album Charts in Scotland and eleventh in other UK countries. In addition, she released her other album, The Sun Will Come Up, the Seasons Will Change on February 1, 2019.

Who is Nina Nesbitt?

Nina Nesbitt is a Scottish singer, and songwriter, best known for her song Stay Out and album Peroxide.

What age is Nina Nesbitt?

Where is Nina Nesbitt is from?

Nina Nesbitt is from Livingston, Scotland.

How tall is Nina Nesbitt?