Once Divorced Actor, James Marsden is Head Over Heels with British Singer Edei 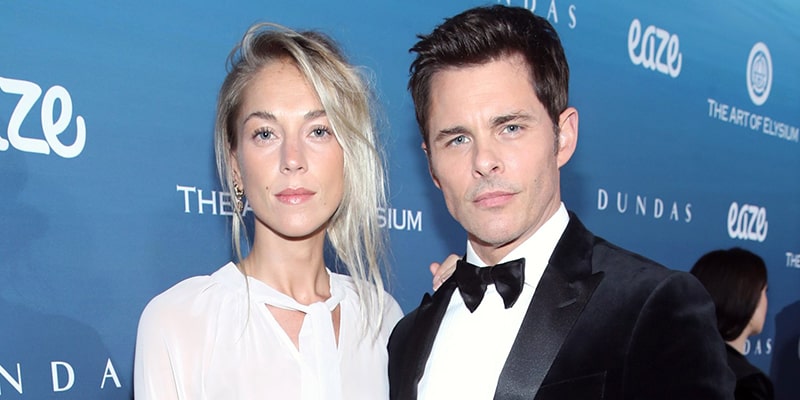 James Marsden, the 46-year-old X-Men star, divorced his wife of 11 years, Lisa Linde in 2011. Ever since the couple parted their ways ending more than one decade of togetherness, the American actor and singer has dated only two girls, including his current love interest, Edei.

So how Marsden and Edei's relationship going? Are they marrying soon? We have all the details here.

The Westworld actor and his British girlfriend first met in mid-2015. Their relationship rumor started surfacing in September that year after they were spotted running errands together in New York City.

Nearly two years into their relationship, the couple made their first red carpet appearance in 2017 following which they attended two Vanity Fair Oscars after-parties together. After that, they started making their public appearances more often.

In September 2019, they celebrated their birthdays together as well. In one of her birthday posts, the 30 years old singer Edei, whose real name is Emma Deigman, wrote,

" I love being able to celebrate our birthday together, it makes it more special than ever. I'm so grateful and lucky to have you in my life. You've changed it and me for the better. I love learning, laughing and exploring with you but most of all just being with you.

Marsden and Edei haven't talked about their plans as lovebirds. And they are yet to determine where to tie the knot.

James Marsden was married to Lisa Linde for more than 11 years before they terminated their marriage in divorce. Marsden and Lisa, the daughter of Dennis Linde, got married on July 22, 2000. They also gave birth to two children as husband-and-wife. Their first child, a son Jack Marsden was born in 2001, and their second child, a daughter, William Luca Costa-Marsden, was born in 2005.

n September 2011, Lisa Linde filed for divorce, citing irreconcilable differences in the papers. Back then, a representative for Linde told TMZ, "this was a mutual decision. They are committed to raising their kids together and remain great friends." Marsden had been shooting the comedy film Bachelorette with Kirsten Dunst while his ex-wife filed for divorce.

James Marsden Has a Son with Ex-Girlfriend Rose Costa

Though Marsden and Costa weren't together, the former was pretty supportive of her throughout her pregnancy and even after the birth of their son, William Luca Costa-Marsden, in December 2012.