Ozzy Osbourne Top Craziest Moments In Seven Facts Including His Net Worth, Illness, And House 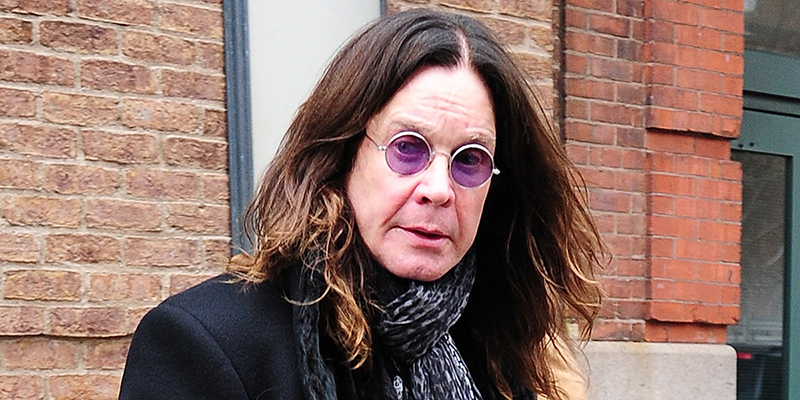 From Black Sabbath to his solo eleventh studio album Scream, Ozzy's influence has been ubiquitous in the world of heavy metal, and his antics in the '70s and '80s made him the ultimate legend in the '90s.

US Rock and Roll Hall of Fame inductee, Ozzy, is gracing the heavy metal genre with his twelfth studio album Ordinary Man set to release on February 21, 2020. And, this too after ten years of gap.

Here we will look through seven facts of the godfather of heavy metal.

7. Net Worth Of Ozzy Osbourne

The affluence can be credited to his career as frontman of band Black Sabbath and his successful solo career.

In addition to this, the reality show, The Osbournes also helped him amass the staggering amount. After all, he did write about the dollar being almighty!

Moreover, his wife, Sharon Osbourne's, net worth, is also estimated to be approximately $220 million. Her appearance in multiple television shows, including The X Factor and America’s Got Talent has helped her to gain success both in terms of money and fame.

In 2019, Osbourne was forced to cancel all of his tours postponing all the dates to 2020.

In early 2019, he was hospitalized after he developed a flu complication. His doctors had advised him to recuperate in the house, but while doing so, he fell on his home in Los Angeles.

Back in 2003, Ozzy had fractured eight ribs and a vertebra in his neck in a bike crash. The recent fall in his home aggravated the injuries he had picked in the bike crash. The fall reportedly dislodged multiple metal rods in his body and required him to undergo surgery.

“Today I had a wonderful start to 2020. I went out to lunch with my family. Then I spent the rest of the day laughing and hanging out with my dad. I come home to read sickening articles about my dad supposedly being on his ‘death bed,'”

She wrote the message on Instagram in early January.

Meanwhile, Osbourne revealed he was diagnosed with Parkinson's disease after his fall at his house in February 2019. The English singer revealed the news in his appearance on Good Morning America on 21st January 2020. During the accident, Osbourne's spinal cord was reportedly compressed, which is believed the cause of the disease.

His famous Beverly Hills mansion which we all saw in The Osbournes was sold in 2007 for $11.5 million to American singer Christina Aguilera.

He also owned a 10,953 square foot house in Los Angeles for $12.4 million. Two years of putting the house on sale, he finally sold the house for $ 11.5 million to Jessica Simpson.

Ozzy and his wife Sharon had also rented a house in Beverly Hills. In addition to this, he also has an estate on the outskirts of London, specifically Amersham, Buckinghamshire, England for around £3.95 million.

Well, Ozzy surely didn't wake up on February 19, 1982, deciding he was going to cause a problem that afternoon by pissing on a treasured national monument in San Antonio, Texas.

However, after a few drinks, he was standing at the city's sacred 60 feet high Cenotaph located in front of the Alamo mission chapel and committing an illegal act by urinating in the vicinity of the Cenotaph.

Needless to say, he was prohibited from playing in San Antonia for ten years, until 1992. Later he gave a public apology and donated $10,000 to The Daughters of the Republic of Texas (DRT), a former caretaker of The Alamo.

3. He Partied With The President At The White House

With all the craziest stuff The Great Ozzy has done till now, this might be the craziest!

After getting an invitation for Nerd Prom, Osbourne and Sharon were invited to the esteemed Correspondents Dinner at the White House by Fox News.

Like always, he got incredibly drunk and started jumping around on his table, leading President George W. Bush to mutter, "this might have been a mistake."

However, he received a handful of praise from the President, including "Ozzy, mom loves your stuff." in the speech.

Seems like Ozzy mulling over the thought that he "wasn't very popular with women" became a thing of past with the First Lady, Barbara Bush, in the list of highest profile fans.

2. From Stealing To Becoming A Victim Of Burglary

Ozzy dropped out of school at the age of 15 and did a series of jobs, including plumber, labour, horn-tuner, and toolmaker to support himself.

Before his 18th birthday, he attempted to steal clothes to resell them on the black market. However, he accidentally took baby clothes as he could not tell the difference between adult and baby clothes because it was too dark.

In addition to this, he also tried to steal a television. But he was eventually caught and spent six weeks in Winson Green Prison after his father refused to pay the fine to teach him a lesson.

Having said that, he became the victim of a robbery at his home in Buckinghamshire, England. Despite Ozzy wrestling naked with a robber, the robber got away with some expensive jewellery, including Sharon's wedding ring. Their daughter later recovered it with the help of the British TV show Crime Watch.

The Prince of Darkness has his fair share of wild moments.

In the year 1981, Ozzy went to the meeting with several doves hidden in his pockets. He had the intention of letting them go as sort of a peace offering once he would sign the deal with CBS Records.

However, his intoxication came in the way of his plans making him forget the real intention of bringing the dove. Instead, he started to bite one dove's head off and spit it onto the table. But it was already too late for CBS Records to withdraw the deal of working with The Madman.

Just a year after that incident, he bit the head of a bat, which was thrown onto the stage by 17-year-old Mark Neal. The incident led him Osbourne being treated for rabies.

While there are several versions of the event, the act did make him be associated with various comic arts and movies.

Some Additional Intriguing Facts Of Ozz!

He Vowed Never to Watch Any Episodes of The Osbournes

The Osbournes, a reality television program that offered a glimpse of the domestic life of Ozzy and his family, has been cited as the most-viewed series ever on MTV. It won a Primetime Emmy Award for Outstanding Reality Program in the year 2002.

The series success was so huge that for the second season, each family member was paid $5 million in total per episode.

However, Ozzy never liked the show and has adamantly refused to watch himself on any of his shows. He confirmed in an interview on BBC Radio 2 that he was "stoned during the entire filming of The Osbournes." That is why he will never see any of the episodes, ever and to this day, as far as we know, he has kept his promise!

Threw A TV From Hotel Window

Ozzy stayed in The Four Seasons hotel with his guitarist Zakk Wylde. While on the hotel, he came up with the idea to throw a 50-inch TV set through the ninth floor window of a hotel to overcome his boredom.

His hedonism nearly killed a man smoking a cigarette outside the hotel.

Nevertheless, his idea cost him a hefty fine. In addition to the price of the TV, he paid over £40,000 for the damage.

During the labour of his first wife, Thelma, Ozzy was drunk as a skunk. But Thelma insisted him to take her to hospital as she needed to get there as fast as possible.

Besides intoxication, Ozzy also lacked a driver's license. In spite of that, he took her to the hospital. Thelma gave birth to their child later on that day-Louis Osbourne.