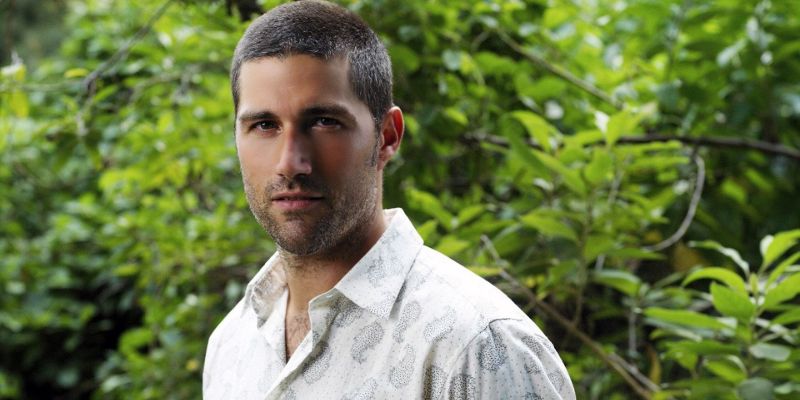 Matthew  Fox is best known for his roles as Charlie Salinger in teen and family drama Party of Five. Apart from that, he has been praised for his appearance in supernatural drama series Lost.

Here we will look at seven intriguing facts of the actor.

7. He is A Private Pilot

Matthew has had a pilot's license for 12 years and is a private pilot. Fox owns a house on the outskirts of Oregon.

A three-hour drive from his hometown leads him to Portland's good theatres and live music, but he felt like it would be much faster to reach by plane. So he recently bought a flight for family trips. He owns a Beechcraft Bonanza G36 aircraft and an Aviat Husky A-1C airplane.

6. He is an Italian Descendent

Mathew's mother is of half-Italian, half-British and Irish ancestry while his father comes from a "very blue-blood" Pennsylvania family that is of English descent.

5. He is Married to Margherita Ronchi Since 1992

Mathew Fox and Margherita Ronchi were both a undergraduate at Columbia, where they met each other.

Ronchi, who is a former Italian runway model, and Fox eventually started dating and married in 1992. They have been together for 27 years, sharing two children: Byron Fox and Kyle Fox.

When talking with Emmy magazine, he spoke candidly about being together with his wife for such a long time.

It just feels right. If I were to say I feel proud, it would imply that we have worked so hard to keep this together. But it feels much easier than it's supposed to be. Maybe it's that we fight well, and neither of us is people who hold things in

Mathew started his career as a model after being convinced by his girlfriend's mother, who was a modeling agent. His modeling career led him to television commercials, and Matthew eventually made his acting debut in an episode of television series Wings.

Moreover, he also directed an episode called Taboo or Not Taboo from Party of Five. The series made him a internationally acclaimed star 53-years old has worked in numerous films like We Are Marshall, Vantage Point, Emperor, Extinction, World War Z.

It has candid images taken during the making of the pilot. Evangeline Lilly is snapped while listening to music, Josh Holloway joking around with fellow cast members and J.J. Abrams rapt in concentration on set.

In the disc extras, Fox says he became inspired by actor Jeff Bridges who would shoot panoramic stills from every film he has been part of and give the photo books as gifts to cast and crew members.

2. Matthew Has Been Out of the Spotlight for Some Years

In 2015, the 53-years old appeared in two movies: Extinction and Bone Tomahaw. Since then, he has been out of the spotlight for almost five years. Before Extinction, Fox also had a brief appearance in film World War Z alongside Brad Pitt.

Recently, the series Party of Five reboot launched on January 8, 2020, starring actors like Brandon Larracuente, Niko Guardado, Emily Tosta, Elle Paris Legaspi, and many more. However, the 53-years old hasn't appeared in the show as of now, and there is no indication of him appearing in the show in the near future either.

Matthew also has not been part of any television series since he appeared in the spinoff of Lost in 2008.

1. He Had a Centric Role in Lost

Matthew played as Dr. Jack Shephard, a spinal surgeon in the ABC drama television series Lost. Though Fox's character was to die in the pilot, the writers of the show changed the plan, and the actor went on to take the primary spot.

The 53-years old became nominated for numerous accolades, including Golden Globe Awards. Moreover, Fox also had tattoos in his body, which was to be covered by make-up. However, producers of the series decided to keep the tattoo as a part of the character and made it fit with the story of the show.