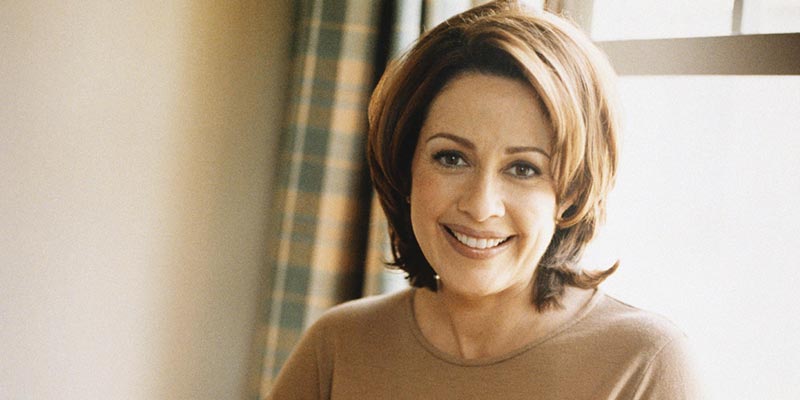 The pain one bears while delivering a child is beyond our imagination. Besides the pain, the procedure adds some deformities to women. While one or two pregnancies can take a huge toll on women, giving birth to like four children can really hamper their body and mind.

Actress Patricia Heaton was on the same lane after she gave birth to four children via C-section, which in itself is a very grueling process.

The physical deformities really drain the confidence of some women, and The Middle star was not away from such awkwardness. This is why she opted to undergo plastic surgery.

What Parts Did Heaton Reform Via Surgery?

In an interview, Heaton said that she didn't feel comfortable with her stomach and breasts after she became the mother of four. So, the 61-year-old actress underwent cosmetic surgeries to have her breasts and abdomen reformed.

She said she had lost all of her confidence after delivering 4 children via C-section. Heaton added that she gained her confidence back after reconstructing her stomach. She said,

"I think there’s good plastic surgery and bad plastic surgery. I had four C-sections. I gained 50 lbs. with every kid and I’m 5 feet 2 inches. Wasn’t pretty. It just does something to your body.”

“ I was really in the prime of my career when that was all going on, so it just felt better and made me more confident to reconstruct my stomach, take care of all that stuff.”

How Much Did Her Plastic Surgery Cost?

The exact cost of the procedures is not available. However, we can assert that the breast augmentation surgery costs around $3,824 on average. Some of the online sources reported the cost for the surgery is anywhere from $5,000 to $10,000.

Similarly, a tummy tuck (abdominoplasty) in which patients are given firmer and smaller stomachs cost anywhere between $4,000 and $18,000.

Her Fan's Reactions After Her Surgery

Heaton has publicly said that she got cosmetic surgery to make herself feel more comfortable, but some fans criticized her for not being comfortable in her own skin.

On the contrary, some fans have also applauded her effort to step out of her comfort zone and have the surgeries.

In addition to her support of plastic surgery, she also admitted that she liked Botox and fillers. She stated,

“I also love beauty products and I love fillers and Botox, if you do it so that you still look like yourself, you just look like your best self,”.

While she might support the use of Botox, the star also clarified that she doesn’t like excessive use of beauty products such as Botox. She added to her statements by saying

“I think in our industry in particular, any actress who has had too much work done stops working because you start looking kind of strange, and the camera really picks up stuff.”

The star was a household name after starring on hit shows like Everybody Loves Raymond, The Middle, Back to You, among others.