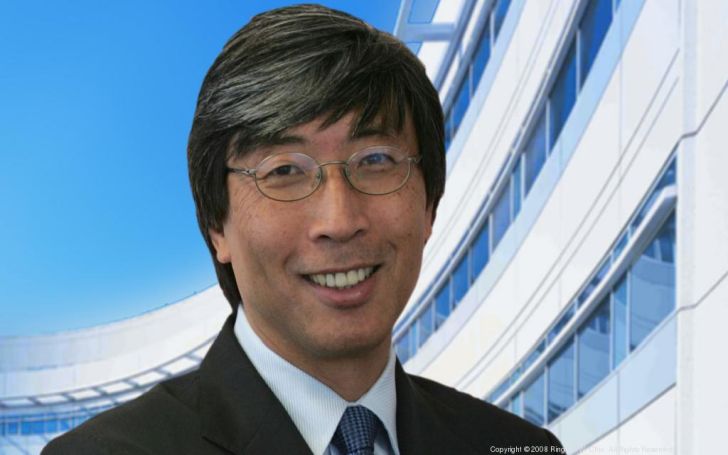 South-African born Patrick Soon-Shiong is a Chinese American surgeon, entrepreneur, and philanthropist. He is a professor of surgery at UCLA, chair of NantWorks, executive director of the Wireless Health Institute and holds many similar posts in other companies related to health science. He is also the owner of the newspaper publication The San Diego Union-Tribune. And he is married to Michele B. Chan and has two children.

Patrick Soon-Shiong was born in Port Elizabeth, South Africa on July 29, 1952. As per his nationality, Patrick is South African by birth but he also has American citizenship.

Shiong belongs to the Asian ethnic group and was born under the star sign of Leo. He is of Chinese descent and his parents immigrated from Toisan in Guangdong province to South Africa during World War II.

Patrick Soon-Shiong is married to Michele B. Chan. Michele is an actress and a philanthropist, known for her role in the movies such as MacGyver, American Ninja 3: Blood Hunt, and Danger Bay.

The information about the couple’s courtship and the exact date and venue of their wedding is missing. They have two children, a son named Luke Harold Soon-Shiong and a daughter named Nika Soon-Shiong.

Patrick Soon-Shiong for reason seems to have kept the members of his family far from the spotlight. Hence, not much information is available about them.

As of yet, there are no rumors or reports of any unwanted issues in the relationship between the couple. The two are spending a good life together and also helping people in needs with their charity works.

Patrick Soon-Shiong’s Net Worth And Career

Patrick Soon-Shiong’s net worth as of 2019 is $7.6 billion. He is on the 209th position on the billionaires 2019 list by Forbes. He is the owner of the Los Angeles Times and The San Diego Union-Tribune which he acquired for a reported sum of $500 million. Moreover, he sold his companies Abraxis and American Pharmaceutical Partners for $9.1 billion.

Soon-Shionag began his career as a transplant surgeon at UCLA Medical School in 1983 and worked till 1991. Later, he started a biotechnology firm VivoRx Inc. In 1997, he founded APP Pharmaceuticals and sold it to Fresenius SE for $4.6 billion in July 2008.

Eventually, he founded other companies such as Abraxis BioScience, NantHealth, and NantOmics which performed research in the healthcare sector such as cancer & diabetes.

Soon-Shiong became the media proprietor by the purchase of newspaper publication The San Diego Union-Tribune from Tronc Inc. The deal was settled for $500 million cash and $90 million in pension obligations. He also announced the development of zinc-air battery by his company NantEnergy.