Penn Badgley is Married to Wife Domino Kirke, Their Life 3 Years After Wedding 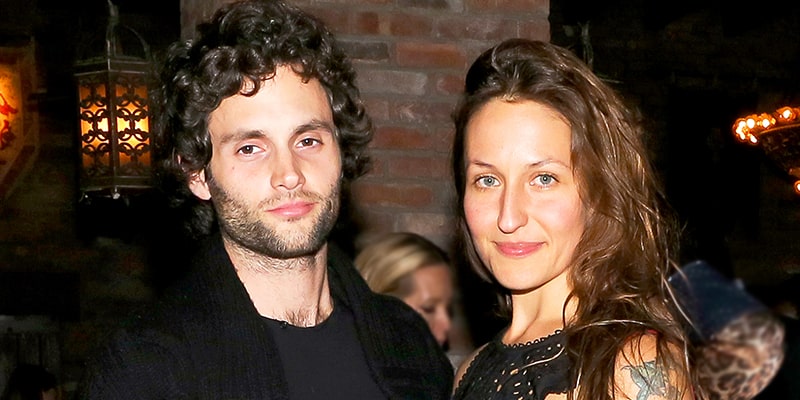 Penn Badgley's performance as Dan Humphrey in The CW series Gossip Girl brought the actor into the mainstream. His six-year-long stint on the show opened several more career opportunities for the Maryland-native. Moreover, he famously worked in films like The Stepfather, John Tucker Must Die, and Easy A. He is also the lead cast in the Netflix series You that also stars Ambyr Childers, John Stamos, and others in the lead.

The Gossip Girl actor has an equally exquisite married life with Domino Kirke. Let's have a short trip to the couple's marriage, relationship, and more.

Penn Badgley and Domino Kirke Married in a Small Ceremony

Penn Badgley and Domino Kirke, the lovebirds of three years, got married in 2017. In fact, the couple got married twice within six months.

They got married on February 26, 2017, in a small courthouse ceremony in Brooklyn. Their friends and family attended the ceremony, who took to their social media to share photos from the couple's big day.

Around four months after their first wedding, Badgley and Kirke hosted a second wedding celebration on 24th June 2017. Back then, Kirke took to her social media sharing her husband's photo, where she wrote: "You only get married twice, once."

Three years into the married life, Badgley and Kirke are more than happy together. They don't share any children, however, they are glad raising Kirke's son, Cassius, 9, from her previous relationship.

As of now, Penn Badgley is cast as Joe Goldberg in the Netflix Thriller series You, while Kirke works as a doula and runs her own doula business, Carriage House Birth.

This Was How It All Started

Even though Penn Badgley and Domino Kirke have been an item since 2014, very few of their fans know about the early days of their relationship. But, Kirke, an accomplished businesswoman, opened about her life when she met her future husband. She said she was living as a single mother when she had an encounter with Badgley in 2014.

She told Hey Mama that she was not serious about her relationship with Badgley back then, and she didn't think marriage was the cards for them.

The couple first made headlines in July 2014, when Us Weekly claimed a source exclusively revealed they were dating. The outlet also confirmed Penn and Kirke were spotted walking hand in hand in New York City.

Before Badgley found the love of his life back in 2014, the You actor dated some famous names of Hollywood. Probably, one of his most memorable relationship was with his Gossip Girl co-star Blake Lively.

Penn Badgley and Blake Lively met on the set of The CW series and hit it off soon. They started dating in 2007 and remained fans' favorite for around three years before their break up in 2010.

Talking to Elle in 2013, Badgley called his relationship with Lively learning experience. There he said,

I don't know it I can distill it into a sentence, or even articulate it. We were very much caught up in the show, which itself was a six-year endurance test.

Our relationship was a part of that and helped us through it. I mean, like anything valuable, it was good and it was bad and it was a learning experience.

Soon after their breakup, Lively, 33, met Ryan Reynolds on the set of Green Lantern in early 2010 and started dating by fall 2011. As of now, Lively is happily married to Reynolds, and the pair is blessed with three daughters.

According to US Weekly, the couple parted their ways due to their demanding jobs. A source close to the couple said: "it wasn't a sad breakup."

As of now, Kravitz is married to actor Karl Glusman. The husband-and-wife, who started dating in 2016, tied the knot in June 2019.