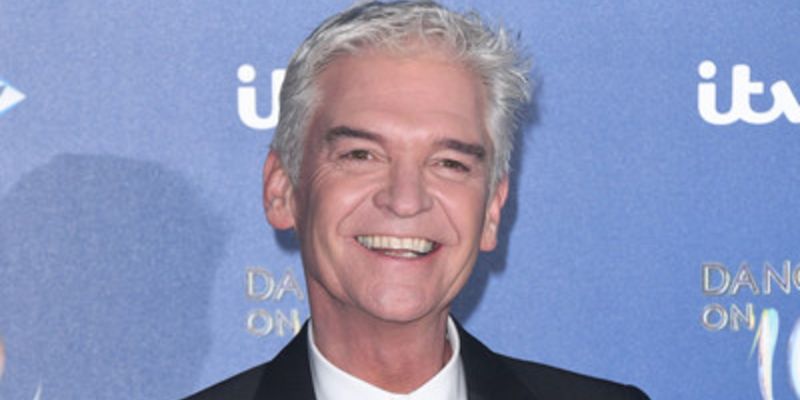 Happily married to his long-time partner Stephanie Lowe since 1993, the television personality Philip Schofield disclosed his sexual preference on 7 February 2020 via an Instagram statement. Following the announcement, he expressed about getting his family support while coming clean as a gay.

But has he received support from his colleagues and fans after the revelation? All details, including his 27 years old relationship with wife Stephanie in the article.

Schofield's Sexuality "Had Become An Issue in His Head"

In July of 2019, the co-presenter of This Morning had celebrated his oldest daughter Molly Lowe's 26th birthday. However, in these happy moments, he had been grappling with the fear of coming out as homosexual in public.

The 57-years old television presenter had suppressed the secret of his sexual preferences for some time, which eventually started causing him psychological harm. Schofield had even considered suicide during the time, but thankfully his wife's support pulled him back from the verge of self-destruction.

In an interview with The Sun, Phillips exclaimed,

"There is no doubt living with this kind of secret can take people to the darkest of places. And there is no question for me it got very dark, because it felt hopeless"

"I understand completely why so many men and women in this country get to the point of suicide. I had Steph and my girls, and I don't think I could have left them like that. But if I hadn't have had their support, then who knows?"

5 Gold Rings host stated that the guidance from his close friends, including his co-presenter Holly Willoughby, prompted him to tell the truth about his sexuality.

Received Support From Celebrity And Fans

It comes as no surprise that he received immense support from his co-presenter, Holly Willoughby. Willoughby posted on Instagram that she had "never been more proud of my friend than I am today."

The Morning presenters Eamonn Holmes and Ruth Langsford also supported Phillips's decision. Holmes said, "Nobody should be embarrassed about their sexuality, and it's fantastic you have spoken out, and there will be so many people who have been strengthened by what you've said."

Actor and comedian David Williams tweeted, "I am sending all my love to Phillip Schofield today. I have always held him in the highest regard, and now have nothing but respect and admiration for him."

English actor and comedian Matt Lucas also tweeted, "I am not surprised about Phillip Schofield. Growing up, I remember him presenting with Gordon the Gopher from inside that closet! Joking aside, that cannot have been an easy statement to make. People come out at different stages in their lives. Good luck, Phillip."

Moreover, Phillip Schofield's 83 old mother, Pat, also supported her son's preference saying, "For him to be so brave in front of so many people was inspiring, because I know how hard it was for him to do. I love Steph and the girls more than anything in the world, and I will always be there for them."

Phillip and Stephanie met while Stephanie worked as a BBC production assistant. At this time, Schofield was working for BBC Children television.

Both married in 1993 at Scotland's Ackergill Tower. The pair share two children: eldest daughter Molly and youngest daughter Ruby. The couple had celebrated 25 years of marriage in 2018, with Phillips sharing the moment on Instagram.

In an interview with The Sun, the 57-years old admitted about being confused regarding his sexuality. However, he began acknowledging the fact about being gay "for a while" but exclaimed that it wasn't something he had considered when he married Stephanie.

Nevertheless, he has received full support from his loving wife and daughters and is happy for being able to come out of the closet after years of struggling with the issue.