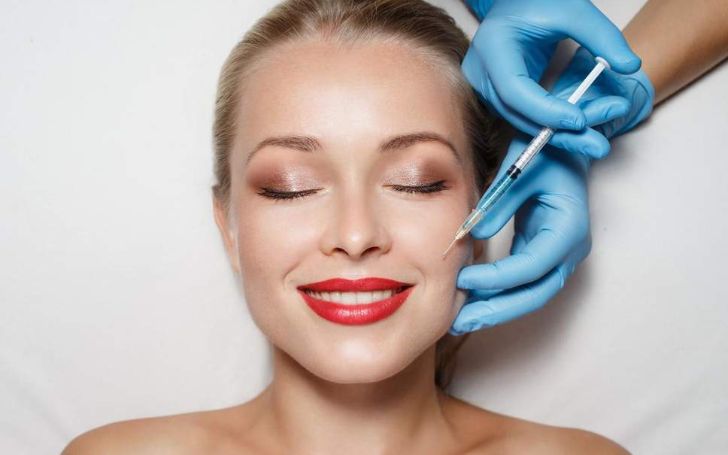 Plastic Surgery has become a trend, as many celebrities have admitted to plastic surgery in the past few years. They have openly gone through the needle and knife. Here’s a quick look at the five most popular surgeries by Hollywood celebrities.

First comes, the breakout rapper of 2017, Cardi B who has undergone various plastic surgery treatments in the past. Not only getting a breast augmentation, but she has also got illegal injections in her butt, she admitted in an interview.

She said, “In order to get lipo, where they put the fat transfer in your ass and it gets bigger, you need to have fat. I did not have no type of fat.” “But I was desperate to have a bigger ass,” she added.

Besides, she has earned numerous accolades including a Grammy Award, three American Music Awards, and three MTV Video Music Awards. She has sold over 34 million records in the US alone.

The 46-year-old actress and business has not done any plastic surgery but admitted that she has done some botox, which she said was a big mistake of her life and would never do it again because she thought she looked “crazy.”

“I use organic products, but I get lasers. It’s what makes life interesting, finding the balance between cigarettes and tofu. I’ve probably tried everything,” Paltrow told BAZAAR in 2013. “I would be scared to go under the knife, but you know, talk to me when I’m 50. I’ll try anything. Except I won’t do Botox again, because I looked crazy. I looked like Joan Rivers!”

She has been the face of Estée Lauder’s Pleasures perfume since 2005 and is also the face of an American fashion brand Coach. She has won the Academy Award and the Golden Globe Award.

American actress, Megan Fox had lip injections, which she told in an interview to Allure magazine in 2010.

She said, “I will say for people who question the authenticity of my lips, you can clearly see that my lips are my lips.”

Fox is considered one of the modern female sex symbols and has appeared in magazines such as Maxim, Rolling Stone, and FHM.

There’s no doubt that Nicole Kidman’s face has changed over the years. But, the 51-year-old star has denied having surgery and claimed to have given up Botox.

“I am completely natural,” she told Marie Claire in 2007. “I have nothing in my face or anything. I wear sunscreen. I don’t smoke. I take care of myself. And I’m very proud to say that.”

After nobody believed her, she then admitted: “I did try Botox, unfortunately, but I got out of it and now I can finally move my face again.”

“Botox has smoothed Nicole’s crow’s feet and the 11s between her brows, but her eyelids look heavy,” Dr. Mirwat Sami told Life & Style. “Apparent fillers in her mid-face have provided fullness and a lift. They’ve also diminished deep lines between her nose and mouth.”

Well, Kidman is the recipient of multiple awards including an Academy Award, two Primetime Emmy Awards, and five Golden Globe Awards. She was appointed Companion of the Order of Australia and was the highest-paid actress in the motion picture industry for that year.

American fashion mogul, Kim Kardashian has done many surgeries in her life. From her bum implants to her nose job, the American entrepreneur received media attention due to her surgeries.

Here are the pictures of Kardashian’s surgeries before and after:

Also, see the biography of other celebrities who have done plastic surgeries: Lil’ Kim, Hang Mioku.