What's Post Malone's Net Worth At Present? Know Everything About His Age, Height, Net Worth, Career, Personal Life, & Relationship 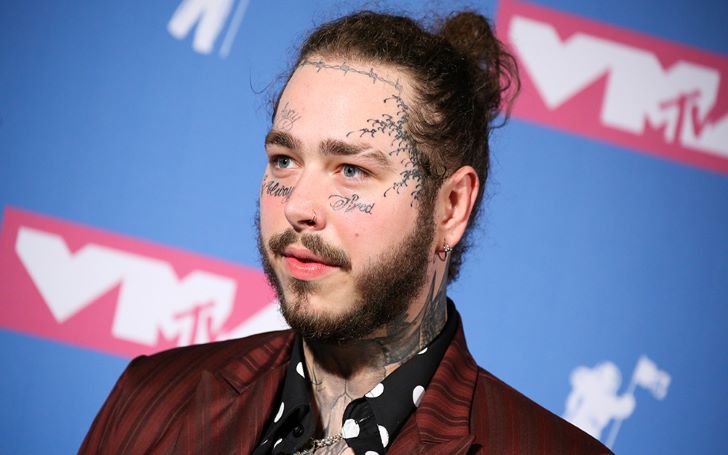 Body and Relation Status of What's Post Malone's Net Worth At Present? Know Everything About His Age, Height, Net Worth, Career, Personal Life, & Relationship

Austin Richard Post, also known as, Post Malone is an American rapper, music producer and songwriter. He came into limelight from his songs that include different genres like rock, and pop with his unique laconic vocal accent. Malone is nominated four times for Grammy Awards and has won two American Music Awards, an MTV Video Music Award and a Billboard Music Award.

Post Malone was born Austin Richard Post on July 4, 1995, in Syracuse, New York, United States. He belongs to American nationality and is White by ethnicity. His birth sign is cancer.

The rapper was born to father Rich Post and as for his mother, it is unknown. His father and stepmother Jodie Post, raised him in Grapevine, Texas.

During an interview, Post briefed that his stage name, ‘Post’ came from his family name and ‘Malone’ came while he used a rap name generator.

He showed an interest in music and gave audition for the band Crown the Empire in 2010 however, luck was not in his side.

He completed his high school from Grapevine High School and later joined the Tarrant County College however dropped out in the middle.

Post Malone has inked in various parts of his body. There are altogether 29 tattoos in his body.

There are four tattoos in the face like barbed wire tattoo is in the forehead, ‘Stay Away’ is above the right eyebrow, below the right eye are Play Boy logo and smiley figure.

There are the tattoos of various figures are inscribed in his bodies such as John F. Kenney, Elvis, Dimebag Darrell, Kurt Cobain, John Lennon and many more.

Post Malone is currently single and away from any kind of romantic relationship. He was in 3-years long relationship with Ashlen Diaz. The pair were dating each other since 2015 and parted their ways in 2018.

In an interview, Malon states,

"It’s tough having a balance, between dedicating my life to music and dedicating time for Ashlen,"

"It’s tough because you want to get into the studio, you want to do as good music as you can, sometimes you’re real busy."

The American rapper currently resides in Los Angeles, California. Like most of the rappers, he also is very fond of wearing gold and diamond jewelry. He has gold grilled teeth.

On September 1, 2018, the old house of Malone was robbed. Similarly, his white Rolls-Royce collided with a car while driving through Santa Monica on September 8, 2018. People only got minor injuries.

As of early 2019, the American rapper has an estimated amount of $14 million. At the peak of his career, he is growing rapidly in the context of music and net worth. Over 60 million of his music copies are sold to date.

How He Makes His Money?

Well, he makes over thousands of dollars from from his musical career. With dozens of albums released throughout his career, his albums topped in the U.S. charts including Billboard charts.

Malon uploaded his debut single, “White Iverson” (audio version) in February 2015 and released a music video in July. The song ranked in US Billboard Top 100 and received praise from Wiz Khalifa and Mac Miller. The views quickly crossed over a million.

Later, he signed a contract with Republic Records in August 2015. He worked with some of the famous artists such as 50 Cent, Young Thug and Kanye West.

Some of his popular songs are, Rockstar, Congratulation, Sunflower and Wow.

In 2016, Malon made his TV debut when he performed at Jimmy Kimmel Live!. He released his debut album, Stoney on December 9, 2016, which created a sensation by ranking at No.6 on the US Billboard 200.

Similarly, his song Psycho ranked second on its release and later peaked at the top on the Billboard Hot 100 chart. Likewise, he released his second album Beerbongs & Bentleys in April 2018.

What's the meaning of his name?

During an interview, Post briefed that his stage name, ‘Post’ came from his family name and ‘Malone’ came while he used a rap name generator.

What is his nationality and ethnicity?

An American by nationality, he belongs to White ethnic background.

How much is the Grammy-nominated artist worth at present?

Is he married or single?

He is currently unmarried.