Presley Gerber, 20, Shows off His Face Tattoo That Features the Word "MISUNDERSTOOD" 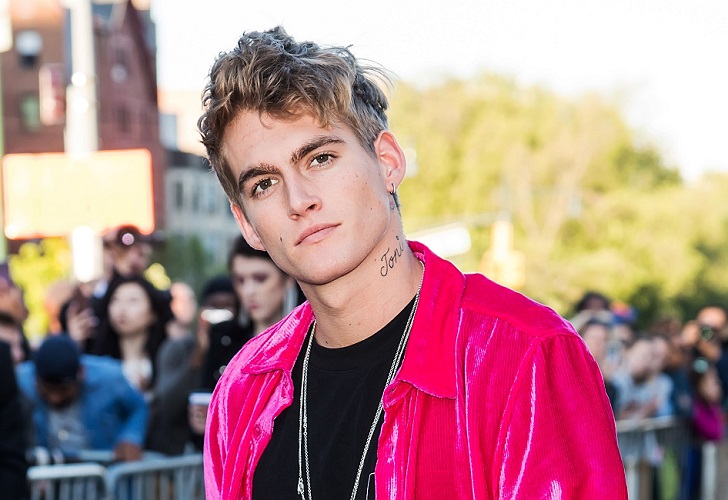 Body and Relation Status of Presley Gerber, 20, Shows off His Face Tattoo That Features the Word "MISUNDERSTOOD"

Presley Gerber is an aspiring model who has been in the spotlight since his childhood being the son of supermodel Cindy Crawford and businessman Rande Gerber. The young star recently made headlines after showing his new tattoo off on his face that features the word “MISUNDERSTOOD” in capital letters.

Who Is Presley Gerber?

Presley Gerber is the son of supermodel Cindy Crawford and model-turned-businessman Rande Gerber. He was born on 2nd July 1999, in Brentwood, Los Angeles, California. He also has a younger sister Kaia Gerber, 18, a model and actress.

Presley Gerber has been in the spotlight since his early days as a son of supermodel Cindy Crawford. But, the promising model grabbed further attention after he revealed his brand-new face tattoo of the world "MISUNDERSTOOD" inscribed across his right cheekbone.

The model responded to the backlash over his art in an Instagram live video on 21st Feb.

"You don’t know how I feel. You’re not in my head"

Talking about the meaning of his tattoo, the young star further added,

Challenging his disparagers, Gerber also said about his new art,

If anyone has s— to say to me about this, or anything else, or my family, or how I grew up … I will give you my address — I promise — and you can come say it to my face

The tattoo shows that Presley is going through a rebellious phase. A source close to Us Weekly said,

Presley is obviously going through a super rebellious phase right now. 'He is trying to get out of the shadow of his family and find his own way and create his own identity. He also likes the attention he’s been getting, even if negative, from his tattoo and recent posts

An insider told E! News that his mom Cindy and dad Rande have been trying their best to help him since his DUI in early 2019.

He was arrested on 2019's New Year's Day for driving under the influence (DUI). In July of that year, the court gave him three years of probation trial for driving with a .08% blood-alcohol content. The court also mandated a complete a DUI program and two days worth of community service.

Age, Height, And Other Facts

As per some sources, Presley Gerber is reportedly in a relationship with his girlfriend Cameron Rorrison, a model. The couple was spotted enjoying a date night together at Delilah restaurant in Los Angeles in March 2019.

The young star previously in a relationship with Charlotte D'Alessio. The couple started dating in 2017, but they broke up after some time.

Presley Gerber has also been following his mother's footsteps, starting his career in the modeling field likewise. The rising model has featured in campaigns for many established companies like Pepsi, Omega, and more.