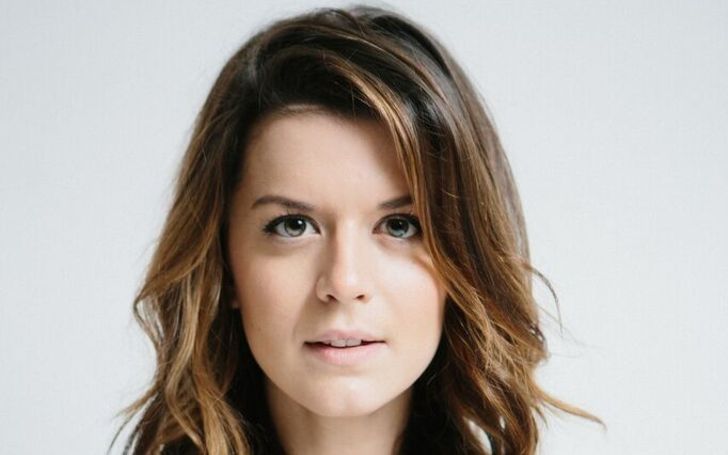 Priscilla Faia is a Canadian actress as well as a former writer. She is famous for her roles in the short films Afte the Riots and Method. Furthermore, at the age of 9, she was signed by a talent agent. At the moment she is working on the television show You Me Her.

Priscilla Faia was born on October 23, 1985, in Victoria, British Columbia, Canada under the birth sign of Scorpio. As per her nationality, she is Canadian and belongs to Caucasian white.

She has not disclosed any information about her family member and her early life. However, she grew up in Victoria along with her brother. Furthermore, she was signed by a talent agent at the aged of 8.

Later she began taking classes at the Screen Actors Studio in Victoria by the time she was 9.

Priscilla Faia aged 33 might be single at the moment. She prefers a low life and does not share much about her personal life to the media. Priscilla is very busy trying to build her acting career and does not have any time for a romantic relationship.

Until now she has not made any news about her dating anyone. Seems like she is struggling to find a perfect partner for her. However, she might be dating someone. Who knows what she is doing behind the curtain.

She is active on social media and news media where she often promotes her current and upcoming projects.

Priscilla Faia has an estimated net worth of $500,000. As an actress, she was able to collect a good amount of money from her career. Since 2007, she has been acting in the entertainment industry.

Furthermore, she is also involved in charities. She has collaborated with several of her coworkers to support the United Nations International Children’s Emergency Fund (UNICEF).

She has also attended numerous educational programs of the UNICEF and also the part of First Candian Charity Challenge to Machu Picchu.

In 2007, she began her acting career by appearing in several commercials. In 2009, she appeared as Ally Keith in a short film “After the Riots“. Later in 2012, she got a minor role in the American television acting television series “True Justice” as Shelby.

On the same year, she appeared on a television movie, “The Eleventh Victim” as Leola Sheldon. Following year, she portrayed her role as Kimberly in “Psych“. Later, she was featured in “One Night in Seattle” as Leanne, and “Method” as a writer.

From 2013 to 2015, she appeared as the lead role, Chloe Price in Canadian police drama television series, “Rookie Blue“. As a result of her acting in it, she was nominated for Canadian Screen Award for Best Performance by an Actress in a Featured Supporting Role in the series.

Furthermore, she has also guest appeared in an episode of 2014, Canadian television series, “Seed as Sandra”. Until now she has appeared on many television series and movies including, My One Christmas Wish, You Me Her, and many more.

You May Also Like To Read Biography, Career, Net Worth, Relationship Of Chasty Ballesteros, Lori Heuring, Jennifer Westhoven, Casey Siemaszko, and Ava Kolker.