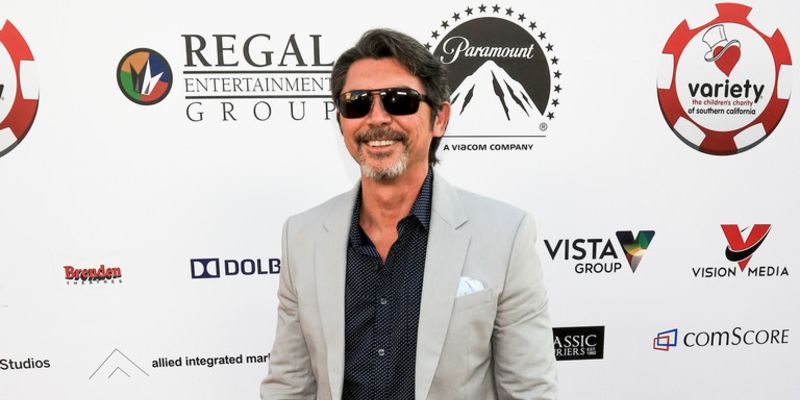 The Filipino-American actor Lou Diamond Phillips is prominent for the portrayal of the character Ritchie Valens in the film La Bamba. Active in the acting profession since 1984, Phillips has worked in dozens of movies and television series.

Here we will look at seven exciting facts of Lou Diamond Phillips.

Phillips, who has a successful acting career, is also a film and television director and screenwriter. His works in various movies and television series contribute to the net worth of 6 million dollars as of 2020.

In addition to accumulating wealth from his profession and poker playing, he is among the celebrity investors of a restaurant, Tribeca Grill. The restaurant, which is co-owned by Academy Awarded actor Robert De Niro, was opened in 1990. His business ventures also add up to the $6 million net worth.

6. His Name Comes From a US Marine Serviceman

Philips comes from a family whose maternal and paternal sides have performed the military duty. His uncles had served in the US Navy, and both his stepfather and father were ACX sailors in the Navy.

Because of his father's penchant for military, he named him after a Gunnery Sergeant Lew Diamond, a Marine legend in the Pacific Theatre. However, he took the surname Philips from his stepfather as his initial surname was Upchurch.

5. He is a Proud Filipino

The 57-years old actor was born in U.S. Naval Base Subic Bay in the Philippines. Lou Diamond is the son of Lucita Umayam Aranas and Gerald Amon Upchurch.

His father was an American from Georgia and had English and Scots-Irish ancestry. But his mother was Filipino from Candelaria and later immigrated to America. Though he doesn't know much about Filipino culture, he talks about his nationality proudly.

4. He has Married Thrice

He met his first wife, Julie Cypher, in the making of thriller film Trespasses. Cypher worked as an assistant director in the film. They married on September 17, 1987. After two years of tying the knot, the ex-couple divorced in 1990.

He has three children with his second wife, Kelly Phillips, a model of men's magazine Penthouse. Kelly and Lou married in 1994 but separated in 2004. However, their divorce was finalized in 2007.

After the divorce with his second wife, he began dating makeup artist Yvonne Boismier. He met Yvonne while shooting a Radio Shack commercial in Vancouver. Lou married Boisnier in 2007, and both share a daughter, Indigo Sanara.

As a matter of fact, after the divorce with his first wife, he got engaged with actress Jennifer Tilly. However, Tilly and Philips never married.

In 2000, the 57-years old actor appeared as Yeezy Penalosa in the science fiction horror film Supernova.

However, he turned down the role multiple times. But after Walter Hill took the position of director, he sent Phillips 40 pages of re-written script.  Eventually, Phillips agreed to do the movie after liking the improvised script.

2. Cisco is his Favorite Character

Lou appeared in a low budget movie called The Big Hit in 1998. He portrayed the character Cisco in the film, which was directed by Hong Kong filmmaker Che-Kirk Wong.

With the movie, he got a chance to do "crazy things" and didn't even had to prepare beforehand, noting it as a fun experience.

As a matter of fact, the director and producer of the movie were impressed by his performance in the Broadway show, The King And I, and set up a meeting for an audition.

1. Portrayed the role of a Serial Killer

In 2016, the 54-years old played as Richard Ramirez in The Night Stalker.

To prepare for his role, he had made a morning ritual. In a conversation with Kiro Radio, he exclaimed,

I know that Richard when he was hunting — I hate to use that phrase, but it’s the truth – he would listen to AC/DC; he would listen to ‘Night Prowler. I blasted that in the car, on the way to work every morning and put myself into that mindset."

He further added that he would download the San Quentin prison interview and watch it 3-4 times before entering the car.  In addition to the interview, he would emulate the killer role from three movies Silence of the Lambs, Monster, and Taxi Driver.

Currently, he is portraying the exact opposite character in Fox's Prodigal Son. Lou Diamond plays as a lieutenant and a surrogate father of Malcolm portrayed by Tom Payne.

Along with Tom Payne, actors like Halston Sage, Aurora Perrineau, Frank Harts, Keiko Agena, Bellamy Young, and Michael Sheen have a prominent role in the series.