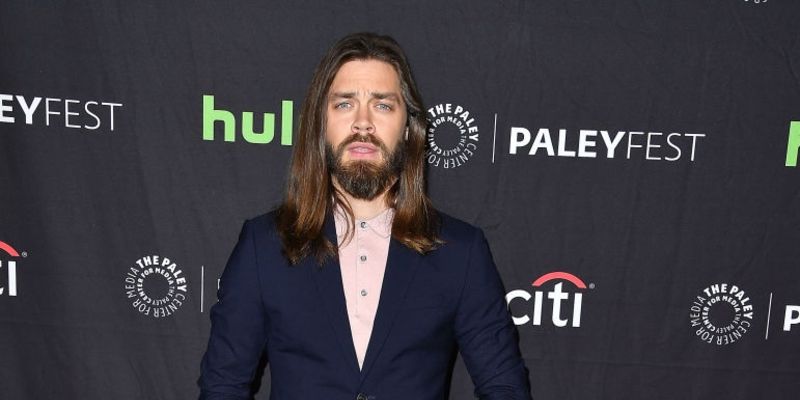 Tom Payne appeared as Paul Rovia in the series The Walking Dead. His performance in the show, which earned numerous accolades including a Golden Globe Award nomination for Best Television Series, became significant. Moreover, Payne went on to be a primary cast from season 7 after depicting a recurring role in season 6.

7. Would Perform in Class to Show-off

While we only recognized his prodigious talent after he entered the entertainment industry, his teacher knew it from the start!

When Payne was six years old, his teacher would drag him into an audition for the school play. However, he wasn't hesitant to perform for the class as he enjoyed being the center of the attraction.

Though Payne never took school plays as a way to build an acting career, he clarified about having a penchant for acting when he reached the age of 15.

6. Engaged to his Long-Time Girlfriend

Okay, this really is a piece of bad news for everyone who has been crushing on this handsome hunk!

In 2018, Payne revealed that he and his 29-years old girlfriend, Jennifer Akerman, were engaged. The Casualty actor also spoke about tying the knot with Akerman in the near future on The Walking Dead's after show hosted by Chris Hardwick.

While he didn't go into detail related to the proposal, it is apparent from the way he was gushing about the Swedish model and singer that both are madly in love with each other. The pair have been dating since late 2013.

In an interview with Women's Health, the 35-years old talked about how his current relationship is different than any other relationship he has had in previous years.

“She was the first person who wasn’t afraid to challenge me..A few weeks in, we had an argument on the street, and I said to her, ‘I don’t do this!’ I was in a relationship for 10 years before this one, and we never argued, mainly because I always had the power. But with this relationship, it is a fifty-fifty split. We are totally invested.”

5. He Wants to Play Wolverine

It comes as no surprise that everyone has been vying to inherit the role of Wolverine in the X-Men film series. The character portrayed by Academy Award-nominated actor Hugh Jackman earned him a Guinness World Record for the longest career as a live-action Marvel superhero.

The actor talked about his desire to be part of the X-Men series in a conversation with TV-Guide. Well, he wasn't just there to express his willingness but had a valid reason too!

"Wolverine is actually like 5'1, or 5'2 or something. And Hugh, he was brilliant, but he was much, much, much bigger. If they did recast the Wolverine part, I'd be well up for it."

According to Marvel, Wolverine is of 5'3, but Jackman made critics and audience overlook the height difference with his excellent performance. Tom Payne, whose height is 5'7, further added: "If they did recast the Wolverine part, I'd be well up for it."

4. Tom Payne and Will Payne Are Related

Tom Payne grew up in Bath city of Somerset county with his younger brother Will Payne.

Like his older brother, Will Payne is also an actor and has been active in the field since 2008. Will has appeared in movies like Elfie Hopkins, Fright Night 2: New Blood. He also played as English musician George Harrison in West End stage adaptation of Backbeat.

Payne starred as Leon Micheaux in the TV series Luck. The show canceled on March 14, 2012, because of animal safety-related issues. The 37-years old actor considers the show to be his "real Hollywood lesson."

He further expressed that writers were unsure of his character, and its appearance would have been limited had he continued in the series. Payne also added that he received a primary role in the German historical drama film The Physician after the cancelation.

Nevertheless, he feels grateful for the lesson and advises his close friends not to be too happy after receiving a role as "the likelihood is you won't book something. The odds are stacked against you."

2. Has Worked With Andrew Lincoln Before The Walking Dead

Tom Payne was so involved in his character as Paul "Jesus" Rovia that people would literally think of him as Jesus while walking on the street. What's interesting is that he had only seen a pilot episode of the series; still, he received the role on short notice, so perhaps he was meant to be the reel-life Jesus from the start.

However, this wasn't the first time he had worked with his co-actor Andrew Lincoln. They shared the screen in a short mini-series Wuthering Heights back in 2009. Lincoln played as Edgar Linton while Payne portrayed the character of Linton Heathcliff in the mini-series.

The character Malcolm Bright was initially offered to actor Finn Jones, however, after his departure from the project, Payne became cast as the lead character.

Payne, initially unsure of working in television series, took the offer as an opportunity to learn from amazing actor Michael Sheen who happens to be his character's father.