home Biography Rebecca Black's Journey To Stardom; What Is Her Net Worth?

Rebecca Black's Journey To Stardom; What Is Her Net Worth? 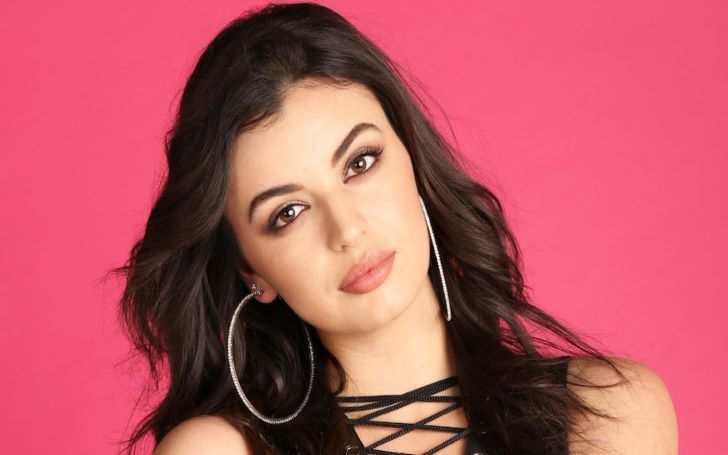 Body and Relation Status of Rebecca Black's Journey To Stardom; What Is Her Net Worth?

Rebecca Black is an American singer and YouTuber who received wide recognition after releasing her 2011 hit single Friday which went viral on YouTube and other social media platforms. But, the song was named as the worst song ever by the critics. Rebecca is a YouTuber who has over 1.46 million subscribers on her channel titled rebecca. Besides, Black also worked in movies like Katy Perry: Part of Me and Legend of a Rabbit as well.

The American singer was born on June 21, 1997, in Irvine, California, United States. She was born to father John Jeffery Black and mother Georgina Marquez Kelly. Both of them are vet doctors. As for siblings, she has a younger brother Chase Black. Her parents divorced when she was in first grade.

Black belongs to descendant of Mexican, English, Italian, and Polish. She is American by nationality and her birth sign is Gemini. As for her education, he was admitted to private school until sixth grade, later joined Public school due to ragging.

She had a keen interest in music since childhood and participated in the school’s musical theatre program, however, she dropped out of school to pursue her music career.

Who Is Rebecca Black's Boyfriend?

Black is possibly single as of July 2019. However, there were rumors of her dating with South African personality Caspar Lee since 2013. The two appear close to each other but any relationship regarding two of them is not official.

The American singer seems to be more determined on focusing on her career as a singer and vlogger and keeping her personal life secretive.

Rebecca Black's Net Worth Is $1.5 Million

Rebecca has an estimated net worth of $1.5 million as of 2020. The main source of her income is from music, vlogging and performance shows.

According to Forbes, she earned wealth of $20,000 from YouTube’s revenue-sharing and royalties of $26,700 from the song sales in iTunes.

As for the house, her family bought the house in Anaheim Hills in Orange county.

Black started her professional career from the song Friday, written by Ark Music Factory in late 2010. The song was produced by her mother and released on YouTube and iTunes on February 10, 2011. On March 2011, Friday went viral on social media and got many negative critics.

In April 2011, the American singer performed as the host of first MTV the O Music Awards Fan Army Party. The song Friday appeared as No. 1 video on the YouTube Rewind of 2011. Following then she released her second single My Moment on July 18, 2011.

Furthermore, she signed a contract with Maker Studios in 2012. She also worked for the promotion of Telstra, an Australian telecommunication network in Australia. Zeitgeist named her first in most searched year’s 10 fastest-rising global queries in Google.

In addition, she played as a voice actor in the movie Legend of a Rabbit as Penny in 2013.

Who is Rebecca Black?

Rebecca Black is an American singer and YouTuber, best known for her 2011 single Friday which named as “the worst song ever” in 2011.

How old is Rebecca Black?

Where is Rebecca Black from?

How much is Rebecca Black worth?

Her net worth is approximately $1.5 million.