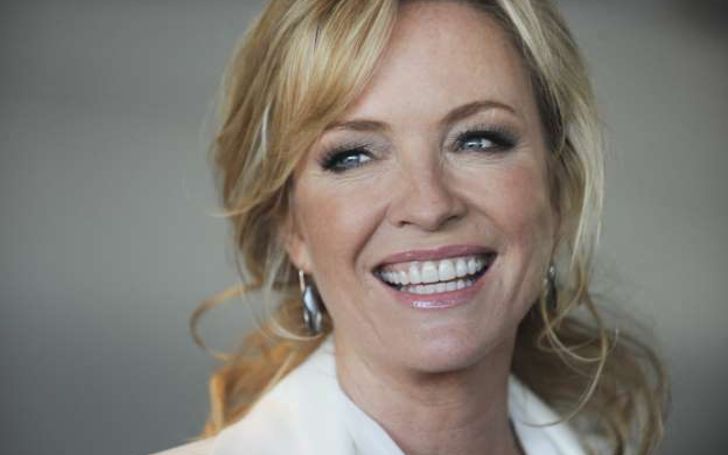 The Gold Logie Award-winning actress, Rebecca Gibney is best known for her roles on Australian television The Flying Doctors, Packed to the Rafters, Winter and Wanted. She won her first AFI Award for Best Actress in 1990 starred in the mini-series Come In Spinner.

Rebecca Gibney was born December 14, 1964, in Levin, New Zealand under the birth sign of Sagittarius. She holds Australian nationality and belongs to a white ethnic group.

Rebecca is the daughter of Shirley Gibney and Austin Gibney. At the age of 19, she moved to Australia after graduating from High school.

The New Zealand actress was married to the famous singer, Irwin Thomas also known as Jack Jones, in 1992. After 3 years of marriage, the couple parted their ways in 1995.

Flashback Friday to nearly 18 years ago. Happy not Valentines Day my love. Because every day is ❤️ day with you. 🥰🥰🥰…(And everyone say Awwwwww 🤷‍♀️😬…) #ialsoforgotitwasVdayyesterday 🤭😉

After Thomas, Rebecca married her second husband Richard Bell. The couple met each other in 1999. They started dating in 2000 and in the year 2001, the pair tied the knot. Also, they are blessed with a child, son Zachary Bell. Till now, she is living a lavish lifestyle with her husband and her child.

Rebecca Gibney’s Net Worth and Career

Aged 54, Rebecca has amassed a huge net worth of $16 million as of 2019. She mostly earns her net worth from her professional career in skiing and acting. Well from her career of acting, she earned an estimated sum of $42,000 annually.

Apart from her career, Brie earns from her social media accounts. From Instagram, she gathers around $379.5 – $632.5 per sponsor post.

Gibney started her modeling and acting career on television shows during the early ’80s. She served as a model and later she appeared on television in the New Zealand kidult series Sea Urchins from 1980 to 1984.

She starred in the Channel Nine sitcom All Together Now, leaving the series in 1993. After her departure, she starred in Snowy, in 1991.

Rebecca played the female lead of Julie Rafter on the Seven Network’s ‘Packed to the Rafters’. In 2009, the role earned her a Gold Logie Award. She appeared the lead role on Channel Ten’s telemovie Wicked Love: The Maria Korp Story, in 2010.