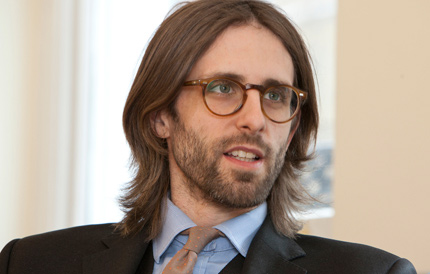 An Emmy Award-winner actor, Richard Thomas is well known for his roles as John-Boy Walton in the CBS drama The Waltons. Besides that, he is also known for his appearance in Special Agent Frank Gaad on FX’s spy thriller series The Americans, followed by his roles in the comedy-drama film Wonder Boys.

For education, Richard joined The Allen Stevenson School, and later on, joined McBurney School in Manhattan for his further education.

The 67 years, Richard Thomas has married twice. Firstly he shared the wedding vows with Alma Gonzales on the day of Valentine in 1975(i.e February 14). However, their marriage didn’t last forever as they divorced in 1993.

After the divorce, he married his second wife Georgiana Bischoff on November 20, 1994. The couple is going successful in their relationship since then. They are married for more than two decades and still have a romantic relationship.

The famous actor, Richard is the father of five children to whom he has welcomed with his two wives. With Alma, he had four children, the first child, Richard Francisco and in 1981 the couple has triplet daughters, Barbara Ayala, Pilar Alma, and Gweneth Gonzales.

With Georgiana Bischoff he welcomed a son, Montana James Thomas was born on July 28, 1996.

The actor, Richard Thomas who has been active in his career since 1958 has a very successful career in Hollywood. As per 2019, his net worth is figured to be $6 million. All of his worth is possible from his acting career. Some of his movies have earned a huge amount in the box office.

Richard Thomas started his career through television in 1959 and appeared in the Hallmark Hall of Fame NBC TV presentation of Ibsen’s A Doll’s House. After that, he has appeared in several series and films such as Winning, Battle Beyond the Stars, Bloodhounds Inc., Taking Woodstock, Anesthesia, and so on.

Similarly, his television credits include The Silence, Barefoot in the Park, Living Proof: The Hank Williams, Jr. Story, I Can Make You Love Me, Annie’s Point, Night Gallery, Promised Land, Chicago P. D., Blue Bloods, and so on.

You also may like the biography of Merritt Wever, Liv Hewson.