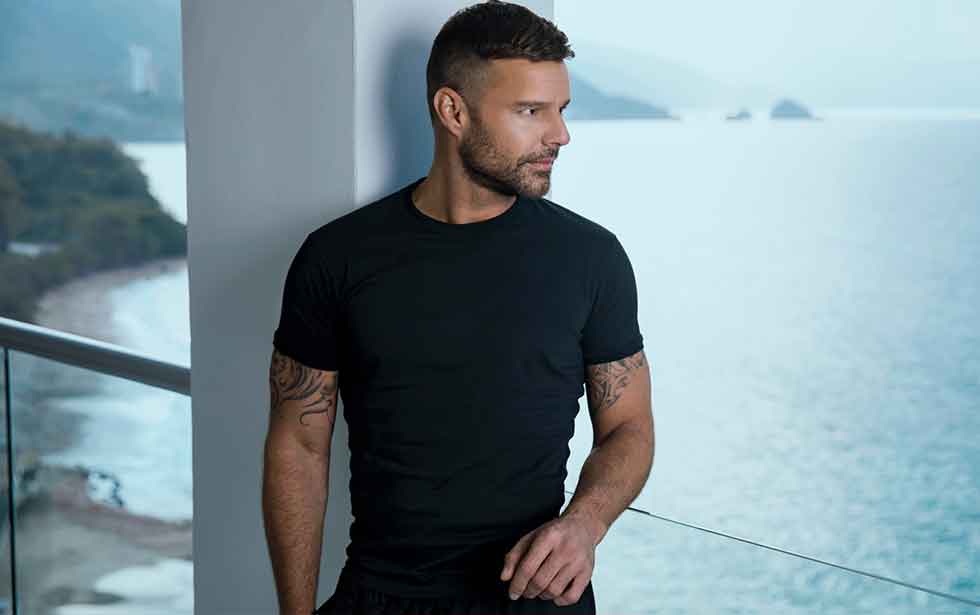 Enrique Jose Martín Morales popular as Ricky Martin is a Puerto Rican singer, actor, and author. His first English-language album (also titled Ricky Martin), is one of the best-selling albums of all time selling 22 million copies.

He has written the song for the 1998 World Cup and has performed the song at the World Cup final on 12th July 1998. He is married to Jwan Yosef and has twin boys via surrogacy.

Ricky Martin was born to parents Nereida Morales and Enrique Martin Negroni on 24th December 1971, in San Juan, Puerto Rico under the constellation sign Capricorn. According to 2018, he is at the age of 47. Similarly, he holds dual nationality, American and Spanish. When he was just two years old, parents of Ricky got divorced so, he spent his childhood days along with his father in the suburbs of  University Gardens.

Grew up in a Roman Catholic home, Ricky was an altar boy throughout his childhood days. From an early age of 6, he began singing using wooden spoons as microphones. He often interpreted songs by Menudo and  English rock groups such as Led Zeppelin, Journey, and REO Speedwagon.

Later, after being discovered with his father, in a newspaper advertisement about auditions for a commercial, he started featuring in Puerto Rican TV ads for products such as soft drinks, toothpaste, and fast-food restaurants when he was just nine years old. He starred in 11 commercials in a year and a half.

Additionally, Martin gave an audition for membership in the Puerto Rican boy band, Menudo, after being popular for his previous works. He was not selected at his first couple of auditions by the executives because of his short height, although they enjoyed his dancing and singing.

Finally, at the age of 12, he was successful impressing executives and became a member of Menudo. Likewise, Martin debuted with the group after a month of joining the group. During the time, he performed at the Luis A. Ferre Performing Arts Center.

Moreover, a producer noticed him while performing in Mama Ama el Rock and later was suggested a role in TV series, alcanzar una estrella. He too acted in the second season of the show titled, alcanzar una estrella II. Similarly, he shared his screen with the actors like Eduardo Capetillo, Bibi Gaytan, and Lorena Rojas. Furthermore, he got an EI Heraldo Award in 1993 for his mind-blowing performance in the film.

Well, in 1990, Ricky was so eager that he signed his first ever deal with Sony Discos, a record label owned by Sony Music Entertainment without reading it. The contract was written that he would only be awarded one cent of royalties for each album sold. Luckily, his very first album was a huge success and he traveled with Latin America which Martin referred to as “an indescribable feeling, almost like coming home.”

Following the success of his first album, his record company met him with acclaimed producer Juan Carlos Calderón on his second solo album, Me Amarás. Similarly, focusing on his musical career, he again started working on his third album, A Medio Vivir in 1995. The album was again successful. He showed his interest in performing on Broadway in an interview with The Miami Herald in 1996.

The talented singer was signed for the 1998 World Cup to write a song by FIFA as his fourth album. He grabs this opportunity too and wrote a song, La Copa de la Vida along with K.C. Porter and Draco Rosa. Ricky sang the song in the Stade de France at the finale in 1998, July 12. The song (La Copa de la Vida) received Pop Song of the Year award in 1999 Lo Nuestro Awards.

He released his fourth album Vuelve in 1998, after the completion of a tour of Spain, where he performed in 45 shows in 36 cities.

The title track from his fourth album and the ballad Perdido Sin Ti both hit #1 on the Hot LatinSongs. The album consists of other singles such as La Bomba, Por Arriba, Por Abajo, and Corazonado. The album stayed at #1 on the Billboard Top Latin Albums.

The album (Vuelve) became Martin’s first top forty album on the Billboard 200 in the United States, where it was certified platinum by the RIAA. It also went to #1 in Spain and Norway and was a great success selling 8 million copies.

Martin received a nomination for his first Grammy Award for Vuelve in the category of Best Latin Pop Album and was booked to sing on the 41st Annual Grammy Awards live TV broadcast.

He taped his MTV Unplugged concert in Miami on 17th August 2006. It premiered in October 2006 on MTV Latin America, MTV Tr3s, and MTV Puerto Rico and was released on CD and DVD in November 2006.

He was announced as a coach on a singing-based reality show, The Voice Mexico. He made his debut as a coach in The Voice Australia in 2013.

He released his album, A Quien Quiera Escuchar in February 2015. The album won the Grammy Award for Best Latin Pop Album, making this Martin’s second Grammy win to date.

Martin released a new song “Vente Pa’ Ca” with Colombian singer, Maluma on 22nd September 2016. The song became one of his greatest hits with over billion of views on the music video as of June 2017.

Ricky Martin’s net worth is $60 million at present. He has great earnings from his successful musical career.

He owns a house worth $13.5 million home in Beverly Hills, California, as per the reports by Trulia. The house contains seven bedrooms and eight bathrooms with a total area of 11,300 sq. ft.

Among his many successes, he has sold over 70 million copies and has had 95 platinum records, 6 #1 Billboard albums, 11 #1 hit songs, 2 American Music Awards, 6 Grammy Awards, 8 World Music Awards, 10 Billboard Music Awards, 8 MTV Music Video Awards, with concerts in more than 60 countries across the globe.

Martin grew up in Catholic but says, he is open to all sorts of religious belief, especially the Buddhism.

He feels that subscribing to a specific religion can “limit” an individual in certain aspects, and has said, “I really like the Buddhist philosophy but that doesn’t mean that I am of the religion. If I subscribe to Buddhism, I can’t be of anything else…I am not going to follow those rules.”

He started practicing yoga after a trip to Thailand in 1997. He stands the height of 1.8 meters.

He is married to his longtime boyfriend, Jwan Yosef, a Syrian Swedish painter. The two artists tied the knot in January 2018.

He was in an on-off relationship with Mexican TV host Rebecca de Alba. The couple had for more than 14 years. He became the father of twin boys, Matteo and Valentino, born via surrogacy.

On 29th March 2010, Martin publicly came out as gay in a post on his official website, stating: “I am proud to say that I am a fortunate homosexual man. I am very blessed to be who I am.”

Following the success of his single, Livin’ la Vida Loca, his personal life became a subject of interest due to his large gay following and was questioned about his sexual orientation.

Martin was asked to comment on the rumors surrounding his sexuality in a December 200 interview with The Mirror. He replied: “I don’t think I should have to tell anyone if I am gay or not, or who I’ve slept with or not.”

Martin publicly thanked his boyfriend, Carlos González Abella, during his acceptance speech of the Vito Russo Award at the 22nd GLAAD Media Awards in 2011. They stayed in a relationship until January 2014.

He has also supported for same-sex marriage in an interview on Larry King Live.

Ricky Martin and Jwan Yosef currently reside in their Beverly Hills home with their twin boys Matteo and Valentino.