Home entertainment Sam Smith And Brandon Flynn Have History Together: From A PDA-Filled Stroll In West Village To A Selfie In Grammy, Also Details On Their Break up

Sam Smith And Brandon Flynn Have History Together: From A PDA-Filled Stroll In West Village To A Selfie In Grammy, Also Details On Their Break up 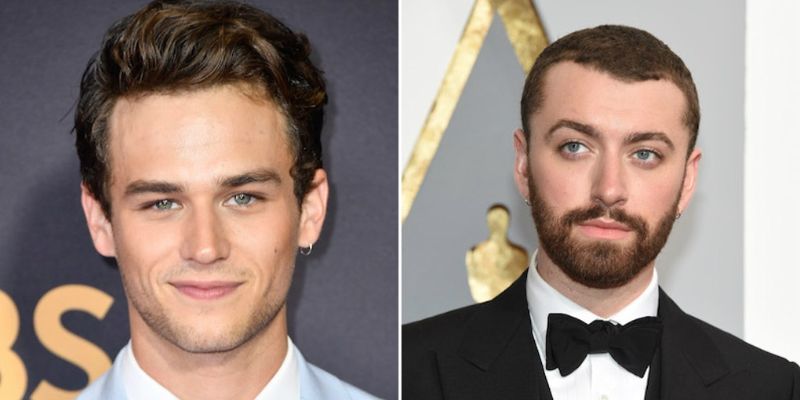 13 Reasons Why star Brandon Flynn and Stay with Me hitmaker Sam Smith were the It couple of the Hollywood. Sam, who officially gave the news of their budding relationship in September 2017 in an interview with Ellen DeGeneres, even went on to say that he is finally 'happy' after the two started dating.

However, as everything has its ends, Smith and Flynn said goodbye to their nine-month-long relationship in June 2018. When did it all start and what led them to the decision of break-up? The details of their relationship in the article!

Sam Smith And Brandon Flynn Together: It All Started In The Fine October Month

The 27-years old English singer stepped out publicly with Flynn for the first time on October 4, 2017. The couple was snapped sharing PDA while taking a stroll through New York's West Village. What's interesting is that just a month prior to the PDA-filled stroll, Smith had talked about being single to Beats 1 radio station,

"I am still very, very single. I think I am even more single than I was when I released In the Lonely Hour, so I am insanely single."

And, a week before the outing, Brandon also had identified himself as a part of the LGBT community.

The Academy Award recipient Smith appeared on the Ellen DeGeneres show on October 24, 2017, and officially confirmed about dating the 13 Reasons Why star. He stated,

"It is weird bringing out an album and not being single. Because when I brought out In the Lonely Hour I was so lonely."

"But now I am singing songs about another guy. I am quite happy, so it is quite weird."

Their association became quickly dubbed as a hot couple of the town, with Sam revealing the desire to adopt children with The Sun magazine.

In December of 2017, Flynn also posted a picture on his Instagram account to commemorate the fun-filled moments with Smith. The image of the two wearing matching unicorn hooded neck rests with the caption "Rare sighting in London" marked the first Instagram post.

For Brandon, the New Year of 2018 started with calling his beau the most favorite person from 2017 in his Instagram. Well, the Grammy Awarded singer didn't waste any time to reciprocate exclaiming in a conversation with V magazine,

"I am in a relationship right now and for the first time, I think I deserve to be happy and actually asking myself if I am going to be writing some happy love songs soon!"

Brandon joined the 27 years old singer in the 60th Annual Grammy Awards ceremony held on January 28, 2018. Though Sam Smith made a solo appearance in the red carpet of the Grammy, he snapped a picture with Flynn, who was in the audience with Janelle Monae, Lorde, and Camila Cabello.

On March 9, 2018, the couple was spotted in yet another PDA-filled date. Smith even compared the 26-years old actor to The Little Mermaid's Ursula, a fictional character.

In April of 2018, Smith was seen hanging out with Flynn's parents. The pair also went on a holiday trip posting a picture at Niagara Falls and making us wish to be there too!

On June 28, 2018, the pair broke-up amid the harmonious relationship.

The Sun reported the couple's hectic schedule as the cause of the break-up. Smith and Brandon have reportedly deleted the Instagram posts that included their pictures from vacation and other outings.

After three-months, Lay Me Down singer talked about the break-up publicly with The Time describing it as 'still raw.' He added,

"I am still trying to figure out what I took from that relationship and what it meant to me. It is still quite raw."

He also clarified about having an amicable relationship with all his previous partners, including Brandon adding, "All my relationships have ended in a nice way, never nasty."

The 27-years old also discussed same-sex relationship acknowledgment in the public, stating, "Seeing gay relationships is important and refreshing. You don't see it loads." Nevertheless, we hope the ex-couple are happy with whatever they do in the future.