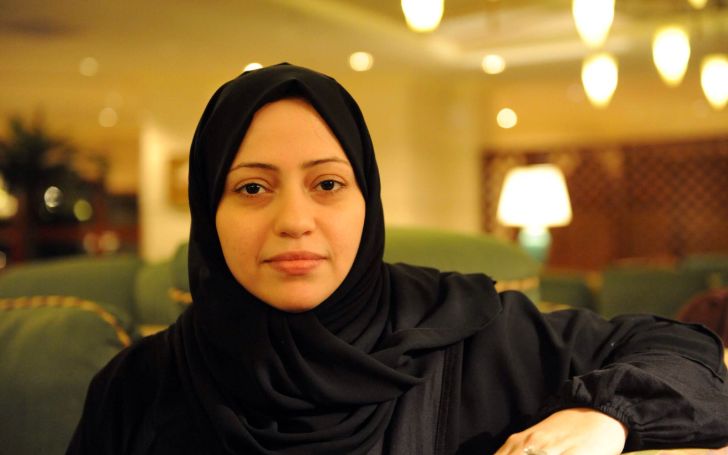 Saudi Arabian human right activist, Samar Badawi came to media attention after being physically abused by her father. She and her father filed many court cases against each other.

Samar Badawi was born Samar Mohammad Badawi on June 28, 1981, in Saudi Arabia. She has reached the age of 37, as of 2019 and holds the birth sign, Cancer, which defines her personality as communicative and endearing.

She has a brother named Raif Badawi who is a Saudi writer, dissident, and activist. There is not much information about her father and mother. Her mother died before October 2010.

She Was Physically Abuse By Her Father In Her Childhood Days

Her father allegedly physically abused her for around 15 years. As a result of her father physical abuse, she escaped from her home to a women’s shelter in Jeddah, the Protection Home.

That year in June, Judge Abdullah al-‘Uthaim issued a warrant for arrest. Due to that, she moved to her brother’s home from women shelter.

A non-judicial investigation by the Protection Home stated that “Badawi’s father had beaten and verbally abused her, used drugs, had 14 wives, had exhausted his financial resources, had repeatedly changed jobs, and became friendly with a ‘bad group of people.'”

During that time, she wished to marry, but her father refused, which resulted in her filing an adhl charge against her father for the refusal of her marriage, and requested to remove her father’s guardianship.

As per the reports by Human Rights Watch, Badawi filed the adhl charge after her father had filed the disobedience charge against her.

While Arab News stated that Badawi’s father filed the disobedience charge as a “counter-suit after” Badawi had filed the adhl charge.

She was arrested by the warrant that has been issued for the disobedience charge when she went to court for the adhl case on April 4, 2010. She was kept in Briman Prison in Jeddah.

On July 18, 2010, the governor of Makkah Province, Khalid bin Faisal Al Saud, proposed creating a committee to “reconcile father and daughter by making him promise not to use violence against her, to allow her to marry, and not to file spurious lawsuits [that] he could not prove.”

Badawi’s father was found guilty in July 2010, in the adhl case by the Jeddah General Court. Also, the disobedience case against Badawi remained open in mid-October 2010, and her father filed an appeal against the result of adhl case.

As a result, Saudi Arabian and international human rights campaigned for the release of Badawi. Badawi gave a petition to the National Society for Human Rights requesting not to be returned to her father and allowing her to marry.

She was released from the prison in 2010

Badawi was released from the release from prison on October 25, 2010, on the orders of Governor Khalid bin Faisal. On her father’s side, her uncle became her new male guardian.

Badawi attended the United Nations Human Rights Council’s discussion session in Geneva in September 2014. There, she talked about the situation of Human Rights advocates in Saudi Arabia.

She also participated in the 2011-2012 women driving campaign and helped other women drivers in their contacts with police and courts.

For her courage and bravery, she was awarded the 2012 International Women of Courage Award on March 8, 2012, by the U.S. Department of State.

Badawi was married to Waleed Abulkhair, a Saudi Arabian lawyer and human rights activist; their wedding date and the venue is unknown. She gave birth to their daughter Joud Waleed Abulkhair after two months of Waleed’s detention.

The pair agreed for divorce in November 2015, due to personal reasons, while Waleed was still in prison. They also have a son together, however, the name is not revealed.

On January 12, 2016, Amnesty International announced that Badawi had been arrested and taken to a police station in Jeddah with her 2-year-old daughter, where she was interrogated.

On July 30, 2018, Saudi authorities arrested Badawi, along with Nassima al-Sadah, according to Human Rights Watch.