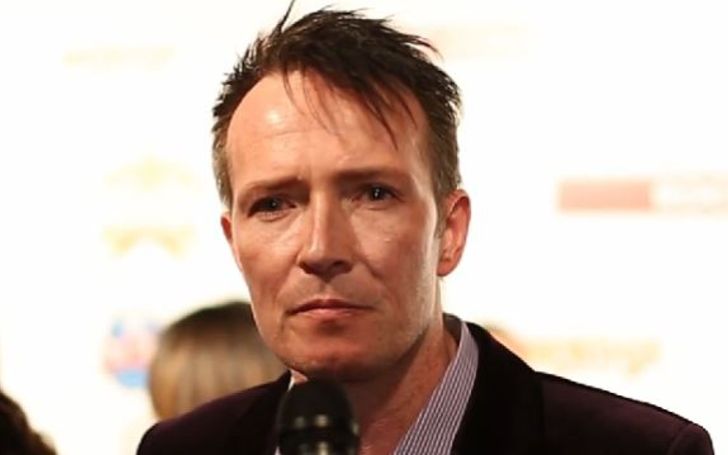 Grammy Award-winning singer and songwriter, Scott Weiland was best known as a musician, singer, and songwriter. Also, he worked as the lead singer of the band Velvet Revolver and Stone Temple Pilots from 1989-2002 and 2008- 2013. In addition, Scott has been ranked in the Top 100 Heavy Metal Vocalists by Hit Parader (No. 57).

Scott Weiland was born on October 27, 1967, in Santa Cruz, California, the USA under the birth sign of Scorpio. He was the son of Sharon nee Williams and Kent Kline. At age five Scott’s stepfather, David Weiland legally adopted him and Scott took his surname.

Talking about education, Scott studied at Kenston High School. Later, he moved back to California as a teenager and attended Edison High School in Huntington Beach and Orange Coast College.

On December 3, 2015, Scott was found dead on his tour bus, in Bloomington, Minnesota, while on tour with the Wildabouts. Police found prescription drugs, including Xanax, Buprenorphine, Ziprasidone, Viagra, and sleeping pills on the tour bus.

Additionally, they found two bags of cocaine were found and a bag of a green leafy substance. A day following his death, Scott’s former bandmates in Stone Temple Pilots issued a statement saying that he was “gifted beyond words” but acknowledged his struggle with substance abuse, calling it “part of the curse.”

Despite the discovery of drugs, no underlying cause of death was immediately given. Later, the medical examiner determined it to be an accidental overdose of cocaine, ethanol, and methylenedioxyamphetamine (MDA).

Weiland was married three times in his life. He married his first wife Janina Castaneda on September 17, 1994. Unfortunately, they parted their ways in 2000.

Later, he married his second wife Mary Forsberg, a model, with whom he shared two children, Noah (born 2000) and Lucy (born 2002). They ended in their relationship in 2007.

Weiland was engaged to photographer Jamie Wachtel whom he met during the 2011 filming of his music video for the song, “I’ll Be Home for Christmas”. They married his third wife on June 22, 2013, at their Los Angeles home.

Scott Weiland’s Net Worth and Career

Scott Weiland had the net worth of $4 million. At the time of his death, the singer reportedly left behind an estate worth at least $2 million including memorabilia worth over half a million dollars.

In 1992, they released their first album, ‘Core’, which consists four tracks, “Wicked Garden”, “Sex Type Thing”, “Plush”, and “Creep” that went on to become major hits.

Similarly, he also worked with other bands Velvet Revolver and Art of Anarchy.

In 1998, the actor recorded his first solo album, ‘12 Bar Blues’. Additionally, he released his second solo album, Happy in Galoshes’ and also toured in 2009 to promote it, in November 2008.

Scott Weiland performing with Velvet Revolver at The O.C. Fair on July 22, 2006 in Costa Mesa, CA. Photo by Kelly A. Swift for the Orange County Register.

In 2013, he formed his own group, ‘Scott Weiland and The Wildabouts’, performed at several shows and released his fourth and final solo album, ‘Blaster’ in 2015. Furthermore, his second album, ‘Purple’, was a big hit and sold six million copies.