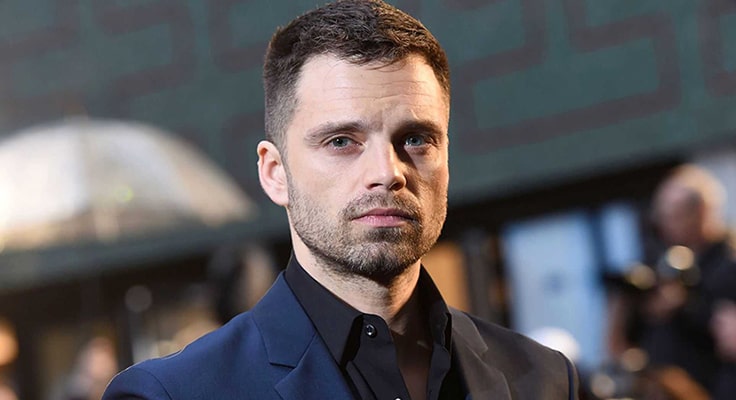 Sebastian Stan is a Romanian-born American actor of age 37. Starting an acting career in the '90s, Stan made his way to the stardom after working in the American teen drama television series, Gossip Girl.

Here's everything you need to know about the Marvel actor.

Actor Sebastian Stan was only two years old when his parents divorced. The Romania-native was then raised by his mother, Georgeta.

At the age of eight, he moved to Vienna with his mother, who worked as a pianist until they moved to Rockland County, New York, in 1994. Stan's mother married the headmaster of an American private school.

6. He Started Acting from His School Days

Stan was raised in Romanian Orthodox Church and attended the Rockland school. While Stan was at Rockland school, he appeared in many productions, including Over Here!, Harvey, Little Shop of Horrors, West Side Story, and Cyrano de Bergerac.

Since then, Stan decided to pursue a career in acting. Furthermore, he also started applying for acting programs at several universities. Later, he was accepted to Rutgers University's Mason Gross School of the Arts. He also got an opportunity to study acting at Shakespeare's Globe Theatre in London.

Going with a body double for the acrobatic stunts has been in trend for years now. However, some actors prefer to perform their stunts by themselves. Everyone might think of Tom Cruise while talking about such actors.

But, very few of us are aware of the fact Sebastian Stan also prefers to perform his stunts. In fact, he had performed all of his stunts in the 2006 supernatural horror film The Covenant starring Steven Strait, Laura Ramsey, and Taylor Kitsch alongside Stan.

4. Sebastian Stan Has a Net Worth of $4 Million

Famous for playing James Buchanan "Bucky" Barnes in Captain America: The First Avenger has worked in many hit projects of Marvel. Besides, he has also worked in many television series as well.

Stan has earned a hefty amount of money from his acting career. According to Celebritynetworth, Stan has a net worth of $4 million as of early 2020. As per the sources, Stan can earn around $8,602 to $14,336 per sponsored post from Instagram, in which he has more than 4 million followers.

3. He is Reprising His Role in Disney+ Web Television Miniseries The Falcon and the Winter Soldier

The 37-year-old Captain America star is set to reprise his role of Bucky Barnes/ Winter Soldier in the Disney+ upcoming television miniseries The Falcon and the Winter Soldier.

Besides Stan, the Disney series features Anthony Mackie, Daniel Bruhl, Wyatt Russell, and Evan VanCamp in the star cast. The series is currently under production and is expected to be released by late 2020.

2. Stan Has Dated Four Women In Past One Decade

Sebastian Stan is single as of early 2020. But he dated four women within a decade from 2008 to 2018. In 2008, he started dating actress and singer Leighton Meester. Meester is famously known for playing the main role alongside Blake Lively, Penn Badgley, and Chace Crawford. The ex-lovebirds dated for two years (until 2010).

Actor Sebastian Stan had a cameo in the 2018 hit Marvel movie Black Panther. However, you might not have noticed him. Well, it is just because he doesn't show up in the entire movie, but in the post-credit scene.

Talking on Jimmy Kimmel Live, Stan told his mother got mad at him after not finding him in the movie. There he said,

Well, my mom went to see Black Panther, and then she called me afterwards and said, 'I thought you were in this film?' And I said, 'I am, at the end.' And she's like, 'I didn't stay for it.' No, so I didn't have her come out [for the Infinity War premiere] because it was all that.

In the post-credits sequence, Stan introduces him as the White Wolf, a normal man living in Wakanda following the events in Captain America: Civil War.