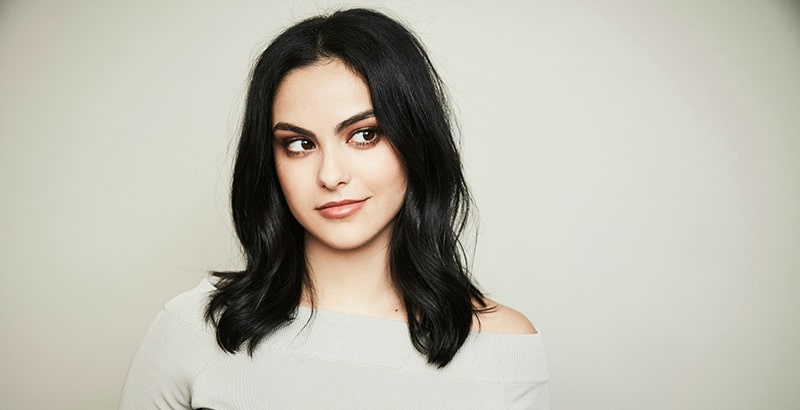 American actress of Brazilian descent, Camila Mendes, is recognized for her portrayal of Veronica Lodge on The CW teen drama series Riverdale. As she belongs to the Latin American descent, it wasn't easy for her to get roles on the Hollywood projects, but her acting and determination helped her establish in the industry.

Here on the deck, we are presenting seven exciting facts about Mendes.

Camila Mendes was born as Camila Carraro Mendes in Charlottesville, Virginia. Her father is from Brasilia while her mother is from Porto Alegre, Rio Grande do Sul. Mendes moved 16 times from one place to another during her childhood, however, she spent most of her childhood days in Florida. While in Florida, Mendes attended American Heritage School in Plantation.

She was only eight years old when her parents divorced. After that she spent a year in Brazil. Camila also has a sister named Andressa Moreno.

6. She is a New York University Graduate

After graduating from the American Heritage School, Mendes attended New York University Tisch School of the Arts, where she met her future Riverdale costar, Cole Sprouse.

5. Had a Splendid Television Debut From Riverdale

Following her graduation from the NYU Tisch School of the Arts, Mendes got her first acting job in a commercial for IKEA. In 2016, she was offered her breakthrough role of a silver-tongued high school sophomore Veronica Lodge in Riverdale, the CW teen drama series. She still works in the series.

The series happens to be Camila Mendes' only television work so far. After that she was cast as Morgan in a film The New Romantic followed by her role of Shelby Pace on The Perfect Date

4. She is the Shortest Riverdale Stars

Camila Mendes said in an interview that she suffered racial prejudice in Hollywood while she auditioned with her Latin American profiles. She told People she heard the phrases "You don't look Latina enough" during her auditions. But she also said how her identity is defined by the mix of two cultures. She said,

I really appreciate how these two cultures created who I am. When I go to Brazil, I feel like an American, and in the United States, I always realize the traits that make me Brazilian.

2. Is Already a Millionaire

Camila Mendes has only worked in a handful of projects, but she has already risen to the stardom. Besides her fame, Mendes has also earned an alluring sum of money from her career. According to Celebritynetworth, Camila Mendes has an estimated net worth of $3 million in early 2020.

Following their breakup, a source close to the couple told E! News that the actress ended her relationship after "she realized she wasn't ready to be in this relationship anymore." The source further added, Houston

has been receiving a lot of backlash from the Riverdale community, even though it was actually Camila's choice to end the relationship.

Following the breakup, actress Camila Mendes has been linked to fellow Riverdale star Charles Melton. The couple, however, hasn't confirmed to be dating.