Everything You Need To Know About Emerging Brazilian Actor Enzo Barone 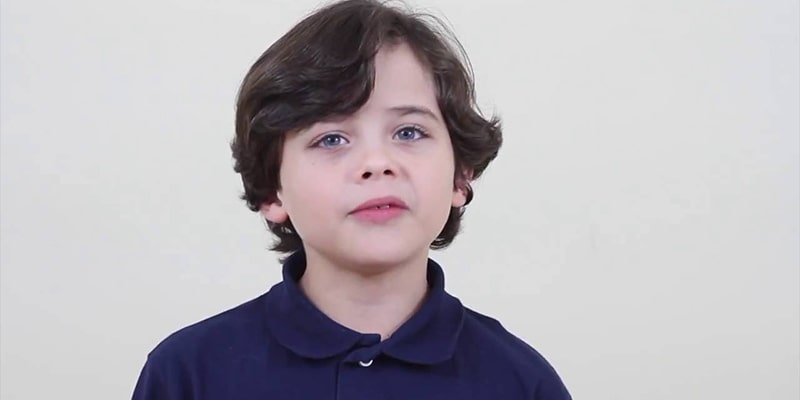 Enzo Barone, a 12-year-old young Brazilian lad, who is just about to embark on his teen, has already made his space in the entertainment industry.

Barone has portrayed various characters throughout his short tenure in the show business. Debuting from TV series “Clubinho Carinhoso,” Barone has played in a couple of series.

Here's everything you need to know about the emerging talent.

Enzo Barone was born in 2007 in Sao Paulo, Brazil. Since the child turned teen star is in the path of getting prominence, most of his personal information is yet to be unmasked.

6. Pursue the Art Track from a Tender Age of Six

As a result of Enzo’s early inclination towards acting, his parents were well persuaded to hire him an agency. Henceforth, Barone was tied up with an agency at the age of five where his first role came in an advertisement at the age of six.

When most of Enzo’s friends were enjoying the nectar of childhood, he was allured towards the acting world. Barone commenced his career in media through a TV series called Clubinho Carinhoso.

Barone mentioned his interest in horror movies. Meanwhile, Enzo shared his sensational experience of portraying the character of Dudu in horror series, Urban Legends, as one of his best career opportunities.

3. Debuted in Big Screen from Nothing to Lose

Enzo’s emerging fame from TV series made him in the eye of the big-screen casting directors. Afterward, Barone was selected for a character in fictional biopic of Brazilian Bishop Nothing to Lose, directed by Alexandre Avancini.

Enzo’s performance was very intriguing and won the heart of many audiences.

2. Rose to Prominence from the role in The Girl in Bike

Enzo performed a recurring character of a eight year old in the first season of The Girl on Bike. He also performed the role in the second season. The story line revolves around a young fascinating mother who works as a motorcycle courier personnel.

Eventually, Mother’s warfare against the notorious gang for saving her son is well-depicted in this movie. Barone received a huge appraisal from the audience as well as from critics for the role.

Barone’s forthcoming Brazilian web series is based on a supernatural storyline named Spectros. It is scheduled to be released in 2020.

Indeed, teen star Enzo is seen in one of a prominent cast in Spectros along with Pedro Carvalho, Danilo Mesquita, and Claudia Okuno. Like in the fashion of other supernatural stories, a group of five teenagers experiences bizarre activities of spirits that they could not comprehend.