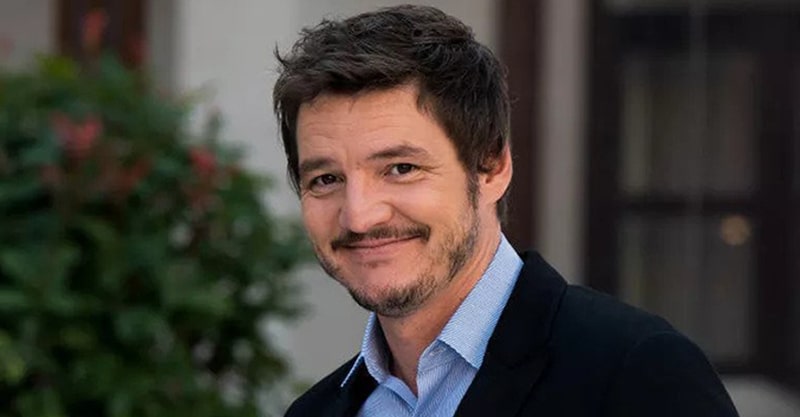 Pedro Pascal is a Chilean-American actor, best known for his portrayal of Oberyn Martell in the HBO fantasy series Game of Thrones. Besides, Pascal is also popular for playing Javier Peña in the Netflix crime series Narcos. A se* symbol on GOT, Pedro Pascal plays the title character in the Disney+ Star Wars series The Mandalorian.

7. Pascal's Mother is a Child Psychologist and Father is a Fertility Doctor

Pedro Pascal was born as Jose Pedro Balmaceda Pascal in Santiago, Chile, on April 2, 1975. His father, Jose Balmaceda, is a fertility doctor, and his mother, Veronica Pascal, is a child psychologist. He has a sibling, a younger brother, Lucas Balmaceda, who is an actor in Chile.

His parents were Allende supporters and were involved in the opposition movement against the dictatorship of Augusto Pinochet during Pedro's birth. Shortly after, the family was provided political asylum in Denmark, but the family ultimately moved to the United States.

6. Pascal Was Involved in Competitive Swimming in Childhood

Pascal grew up in Orange County, California, and San Antonio, Texas. As a child, Pascal was involved in competitive swimming, and he had also participated in the state championships in Texas when he was 11. But he left competitive swimming after he got into the drama class.

After graduating from the New York Tisch School of Arts, Pedro Pascal started getting some minor roles in the television series. He started his acting career in 1999 from a role of Gregor New on an episode "Gee Your Hair Smells Evil" of supernatural series Good vs. Evil. The same year, he worked in three other television series; Downtown, Undressed, and Buffy the Vampire Slayer.

Pascal worked in a few more television series before he made his film debut from the 2005 drama film Hermanas.

4. Pascal was a Huge Fan of GOT Before Being Cast

Pedro Pascal's role as Prince Oberyn Martell is one of the most recognized works of his acting career. Pascal appeared in seven episodes of the fourth season of the hit HBO fantasy series. Pascal later revealed he was a massive fan of the series before being cast as Oberyn Martell.

Meanwhile, in one of his interviews, Pedro Pascal said that he was pretty nervous on his first day on the set of Game of Thrones because he was filming one of his biggest scenes with series regular Peter Dinklage.

Actor Pedro Pascal is not away from social media as most of the other actors. He is active both on Twitter and Instagram, where he has over 400k followers on Twitter and more than 1 million on the latter. But Pascal only focuses on the professional aspects of his life on his social media post. If we go through his Instagram posts, we can find him sharing his time with his costars either on the set or during promotions.

2. Pedro Pascal has a Net Worth of $2 Million

Chilean-American actor, Pedro Pascals' net worth is estimated to be around $2 million as of 2019. The television star, who started his acting career in 2005, has been a part of several successful and big-budget projects. Working in the hit series like Game of Thrones and Narcos, Pedro undoubtedly earned hundreds of thousands of dollars for his roles.

According to Networthbuzz, Pascal received an alluring $166,667 for his portrayal of Javier Pena in the TV sitcom Narcos.

Actor Pedro Pascal is unmarried and is not in a relationship publicly as of late December 2019. The romantic side of the actor has always been in shadows except for back in 2014. At that time, Pascal was rumored to be dating fellow Game of Thrones co-star Lena Headey. The pair sparked dating rumors after they were spotted spending quality time at The Grove in Hollywood.

Headey fueled the speculation sharing the couple's photo via her Instagram, which she captioned: "Sunshine love." The pair, however, didn't confirm their relationship publicly. As of now, actress Headey is happily married to Dan Cadan.