Starting As A Child Actress, Jenna Ortega Took No Time To Establish In Hollywood-Seven Facts 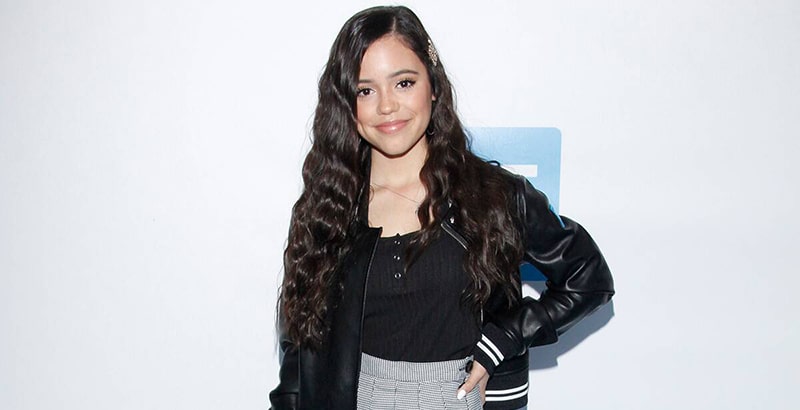 A young American talent, Jenna Ortega, is well-known for portraying Young Jane on Jane the Virgin. Besides, she was a prominent face in Disney Channel's Stuck in the Middle, in which she played the character of Harley Diaz.

In 2019, Ortega began working as Ellie Alves on the second season of Netflix series You. The series hasn't been renewed for the third season yet, however, considering how season 2 ends, we can say season 3 is on.

Read till the end to know everything about Jenna Ortega.

7. Ortega was Born as Fourth of Six Siblings

Jenna Ortega was born in Coachella Valley, California, as fourth of the six siblings. Ortega's father is of Mexican American descent, and her mother, Natalie Ortega, is of mixed Mexican and Puerto Rican descent.

6. Ortega Started Acting At The Age of 9

Jenna Ortega developed a keen interest in acting as early as six years old. She had started auditioning for some small roles with the help of her mother and agents.

Ortega was only nine years old when she played a role of a girl in an episode "The Baby Blug" of American sitcom series Rob in 2012. Later that year, she appeared as vice president's daughter in an episode "Unspoken" of CSI: NY.

5. Spanish Language was Interesting Part of Her Childhood

Despite being born and raised in the United States, Ortega's mother made it sure that Ortega and her siblings learn Spanish along with English. So, their mother would talk to them in Spanish. But, their father, despite being a pure Mexican, is not fluent in Spanish. So, he could not understand what they were saying.

4. Jenna Ortega is a Presence on Social Media

Starting as a child actress, Jenna actress has already worked in several famous projects, most notably in Stuck in the Middle. Her role in Stuck in the Middle took her to the acme of popularity. She has gained millions of fans through her acting from across the world, which can be reflected by her followers on social media. As of early 2020, she has more than 4.6 million followers on Instagram. Furthermore, Ortega is also an active Twitter user where she has boasted nearly 90k followers.

3. She is An Advocate of Pride Over Prejudice

Jenna Ortega, a 17 years old rising star, is a supporter of Pride Over Prejudice, a campaign that promotes acceptance towards the LGBT community. Moreover, Ortega advocates against anti-immigration and discrimination. Once in an interview with Teen Vogue,

It’s important to embrace your culture today because there are so many different ethnicities in America. At the end of the day, you are you. You’ve got to stay true to yourself, and you can’t change yourself in order to fit in or to make someone else feel comfortable.

Besides, Ortega has also participated in several WE Day concerts to benefit WE Charity.

Actress Jenna Ortega has not been open about her relationship, however, multiple tabloids have confirmed she previously dated her Stuck in the Middle costar Isaak Presley.

Actress Ortega made headlines in June 2018 when she took a witty stand against First Lady Melania Trump. Back then, Trump was seen wearing a jacket with a printed phrase reading, "I Really Don't Care. Do U?" while she got into the plane for her visit to Texas facilities that house migrant children.

Mrs. Trump had changed her jacked in the air, however, several critics and the public called her out, saying the message was implying about her stance on immigration.

The following day, actress Ortega replied to Trump with strong words. For this, Jenna donned a custom jacket with the phrase "I Do Care, And U Should Too" during her appearance at the Radio Disney Music Awards.