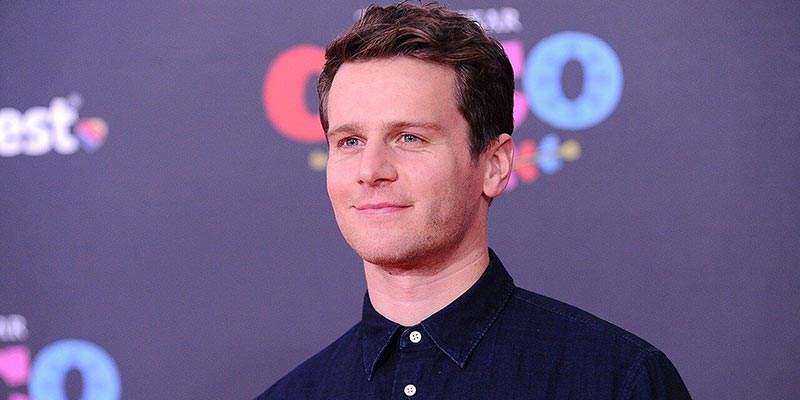 Jonathan Groff was nominated for the Tony Award for Best Actor in a Musical for his portrayal of Melchior Gabor in the Broadway production of Spring Awakening. The 34-year-old American actor is also known for his role as King George III in the Broadway production of Hamilton in 2015. Besides, his guest appearance as Jesse St. James in the Fox musical comedy-drama Glee also brought him to the stardom.

Here we are covering some interesting aspects of American actor Groff's life in today's episode.

7. He Plays a Lead Role in Crime Thriller Mindhunter

Groff was announced the lead cast of the series back in March 2016. The first season of the Netflix series premiered in October 2017. He also reprised the role in the second season of the show, which released on August 16, 2016.

6. What is Jonathan Groff's Net Worth?

Starting in 2002, Jonathan Groff has given 18 years of his life to acting. From his lucrative acting career, Groff has amassed an alluring sum of money. As of early 2020, Groff's net worth is estimated to be around $5 million. Groff is believed to have earned close to a million-dollar for his two-season stint on the Netflix series Mindhunter.

Talking about his real estate properties, the Glee star, he reportedly has two houses. Recently in 2019, the Lancaster, Pennsylvania-native said during his appearance on LiveKellyandRyan show that he had bought a house in Lancaster close to his family house.

Jonathan Groff has won several prestigious awards for his acting in the Broadway production of Spring Awakening. Though he was unable to grab the most prestigious Tony Award off his Best Actor nomination, he bagged some other respected awards back in 2007.

He won the Theater World Award for Outstanding Debut Performance. Moreover, he won a bunch of Broadway Audience Choice Awards for the performance that included Favorite Male Breakthrough Performance and Favorite Leading Actor in a Broadway Musical.

Jonathan Groff was born in Lancaster, PA, to Julie Witmer and Jim Groff. His mother was a physical education teacher while his father was a harness horse trainer. He has an older sibling, brother David Groff. Groff is a first cousin of singer James Wolpert.

Groff completed his grafuation from Conestoga Valley High School in 2003. Following his graduation, he wanted to study at Carnegie Mellon University, however, he deferred his education for a year as he was in a Non-Equity national tour of The Sound of Music.

The Mindhunter actor is openly g*y. He publicly came out in 2009 during the National Equality March. After he revealed his se*uality, he said he felt relieved and emphasized that he started getting more television and film roles. He said,

Weirdly, after I came out [as g*y], I began to get a lot more film and television work. That’s all a way of saying that the reason I don’t mind talking about it [being g*y] over and over is because that is the way acceptance happens, and that’s the way you break down those walls.

Shortly after his revelation, he started dating actor Gavin Creel publicly. However, their relationship terminated shortly.

Later, Groff was linked with actor Zachary Quinto from 2010 to 2013. Following his breakup from Quinto in 2013, he remained out of the media radar regarding his relationships.

In early 2018, it was reported that the 34-year-old actor started dating New Zealand choreographer Corey Baker. The pair met at Christchurch International Musical Theater Summer School, where they both worked as a music teacher.

2. He Got A Scar on His Biceps While Shooting Glee

Jonathan Groff has a distinctive scar on his biceps. He incurred the 5-inch scar on his biceps after his dance partner for the "Bohemian Rhapsody" performance (in the season 1 finale of Glee) accidentally scarred him with her stilettos.

1. Groff Was Diagnosed with Skin Cancer in the Early 20s

In an interview, Groff revealed that he was diagnosed with skin cancer during his early 20s. In the interview, he said that he went to check up his moles after his doctor recommended him. And, he said, doctors noticed something weird in that. Henceforth, they removed the mole through surgery after which they found that it had a melanoma cancer in it.

He further said the good news was that the cancer had not spread over any other part of his body. Furthermore, he has become more cautious about his skin and said he always puts sunscreen while going out and gets his moles checked once a year.