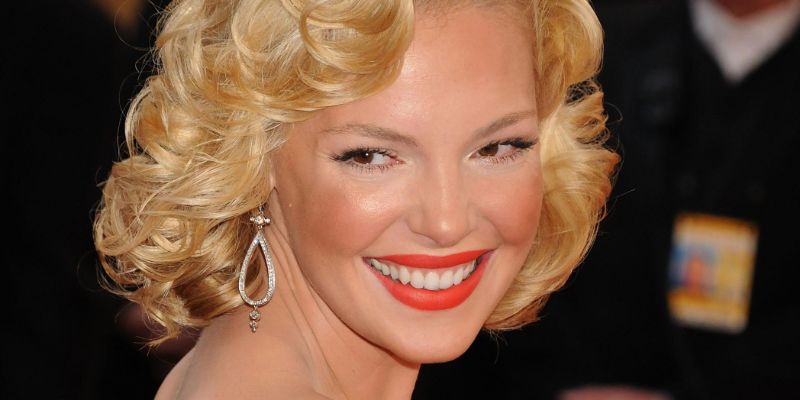 American actress Katherine Heigl is no stranger to the frequent moviegoers. We have all loved her performance in the ABC's Golden Globe-nominated show Grey's Anatomy.

Heigl has also appeared in movies like 27 Dresses, Knocked Up, New Years' Eve from which she has earned wide recognition. Nevertheless, you might have missed these exciting facts about the actress.

7. She Was not the Initial Choice for Nicole Arnel

Then 16 years old, Katherine became the lead cast of French remake movie My Father the Hero. She appeared as Nicole Arnel, who contrives a story to impress a local guy while on vacation with her father. However, Heigl was not the first choice for the role. She had to beat Clueless actress Alicia Silverstone for the lead role in the movie.

6. She is of German Descent

Katherine's father is of German and Irish descent. Along with that, her paternal grandfather also had a half-Swiss origin.

5. Became a Regular Cast of Suits

In addition to being the cast of the Suits, the 41-years old was a huge fan of the show. She had binged the first five seasons in just a week and had become obsessed with the show for a couple of years before reaching out to the creator and the director Aaron Korsh with her mother.

4. Has An Amazing Filmography

At just the age of nine, Katherine worked as a child model. Later, she pursued her acting career with the movie That Night at the age of 14. She went on to work in films like King of the Hill, Under Siege 2: Dark Territory, and numerous television series.

3. Her Daughter Underwent a Open-heart Surgery

Katherine adopted a daughter, Nancy Leigh Kelley, in September 2009. Nancy, born on November 23, 2008, in South Korea, had a heart defect by birth. She underwent a open-heart surgery prior to her departure from South Korea.

Heigl has three children, including Nancy. She adopted a daughter Adalaide Marie Hope from the US. However, she also has a biological son, Joshua Bishop, born on December 20, 2016.

2. Apologized to the Creator of Grey's Anatomy

Heigl left the sixth season of Grey's Anatomy despite being a fan favorite and winning an Emmy for her performance in the show. However, in 2008 she faced criticism for withdrawing her Emmy consideration. According to Entertainment Weekly, Heigl stated,

"I did not feel that I was given the material this season to warrant an Emmy nomination and in an effort to maintain the integrity of the academy organization. In addition, I did not want to potentially take away an opportunity from an actress who was given such materials."

When the statement went on to circulate in the media, Heigl apologized to Shonda Rhimes, creator of Grey's Anatomy.

"I went in because I was really embarrassed. So I went in to see Shonda and said, ‘I am so sorry. That wasn’t cool, and I should not have said that.’ And I shouldn’t have said anything publicly."

The Unforgettable actress met American singer-songwriter Josh Kelley, in 2005 when she appeared in his music video, Only You.

In 2006, they got engaged; however, both chose not to stay together until their legal marriage. Heigl and Kelley married on December 23, 2007, at the Stein Eriksen Lodge in Park City, Utah.

The couple wrote their own vows with Heigh walking down the aisle to an acoustic song performed and written by her husband.