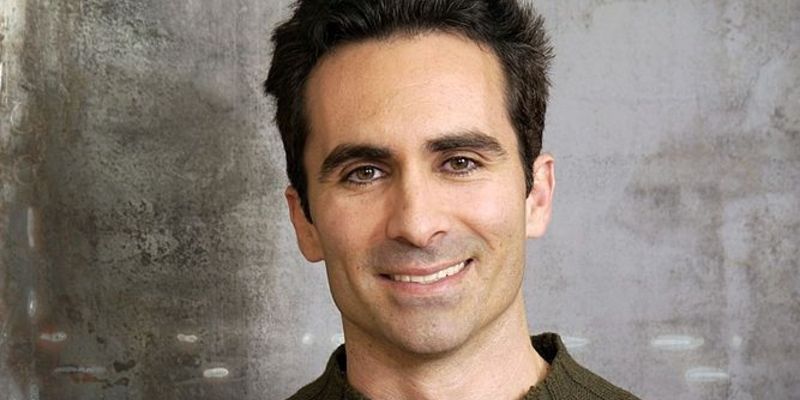 We all know Nestor Carbonell as Richard Alpert in the ABC drama series Lost. Besides that, he has also played opposite Gary Oldman in Christopher Nolan's DC comic-based film The Dark Knight.

Carbonell, whose career spans over 30 years, is no stranger to avid movie watcher. Nevertheless, with all the gossips, you might have missed some interesting facts about this amazing actor.

At present, he is an active cast in The Morning Show, starring Billy Crudup, Bel Powley, Karen Pittman, Jack Davenport, among a few.

Here we will learn seven exciting facts about Nestor Carbonell.

7. Carbonell is of Cuban descent

The As the World Turns actor's parent Néstor Tulio Carbonell Cortina and Rosa Ramírez de Arellano Cárdenas were citizens of Cuba. Carbonell's father also authored a book, And The Russians Stayed: The Sovietization of Cuba, and is active in the Cuban community.

José Manuel Cortina, a noted Cuban orator and diplomat was Carbonell paternal great-grandfather. It should be noted that his parents are of Spanish descent. Moreover, his grandparents originated from Catalonia, Basque, Andalusia, and Navarran.

In the series, Nestor character falls in love with Juliet Lynn and eventually discloses his nature to the main protagonist.

Carbonell worked with Matthew Fox in the Emmy award-winning show Lost. However, he knew Fox since he was in a boarding school, Deerfield Academy in Massachusetts.

In an interview with the People magazine, Carbonell recalled,

“Matthew and I went to the same boarding school. Matt was a year ahead of me but I certainly knew who he was.” They also worked together in the dark comedy film Smokin' Aces.

4. Met his Wife in the Set of Muscle

The 52-years old actor met Australian actress Shannon Kenny when both were working on the television series Muscle.

Later, Kenny and Carbonell co-starred in the film Attention Shoppers. Interestingly, Nestor also worked as the scriptwriter of the movie.

In January 3. 2001, Shannon Kenny and Nestor Carbonell tied the knot in an intimate ceremony in the presence of close friends and relatives.

The Harvard alumni made his television debut from the series As the World Turns in 1989. Since then, he has worked in dozens of movies and TV series. Carbonell received wide recognition as Luis Rivera in the sitcom Suddenly Susan. Moreover, Carbonell also voiced the character Senor Senior Jr., on the animated TV series Kim Possible.

Besides acting, Carbonell has worked as executive producer and screenwriter for movie Attention Shoppers. He has also worked as a director in three well-known television series: Bates Motel, The Good Doctor, and Rise. All of these works has helped him amass $3 million net worth.

2. He found Lost Character to be Challenging

Carbonell was unaware of the backstory for his character Richard Alpert when he first auditioned for the role. Not knowing what his character would do next, Carbonell took his part as a enormous challenge.

Moreover, the 52-years old actor also felt Lost to be a playful sort of show where viewers are not sure what to expect next. With the People magazine, Carbonell stated,

"I equate the show to dating a really coquettish woman who teases you, gives you a little somethin’, then teases you some more".

In the fifth season of Lost DVD extras, Carbonell revealed that he doesn't use eyeliner, mascara, or cosmetics products of any kind to make his lashes and eyeliner appear dark as people assumed.

Moreover, the make-up artist from Lost used a concealer on his eyelash and under his eyes to tone down the natural darkness. He had also talked about being bullied in school for his natural dark-looking eye feature.