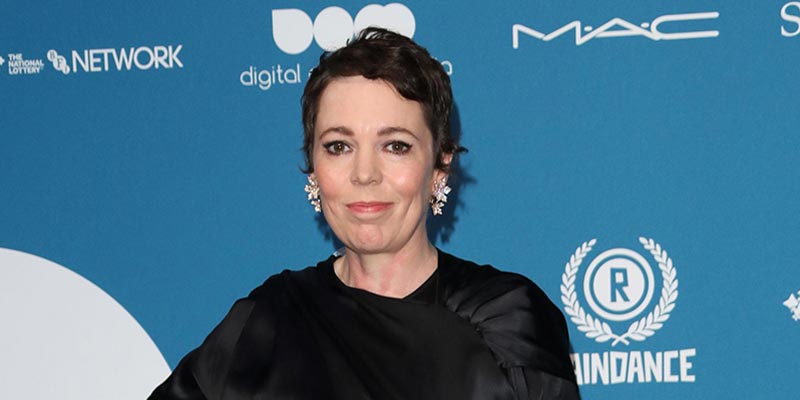 Olivia Colman, born Sarah Caroline Olivia Sinclair, is an English actress, who is famous for her roles in films like Confetti, The Favourite, and The Lobster. She is also notable for her appearances in television series such as Peep Show, Green Wing, Rev, and Broadchurch, among others.

Here's everything you need to know about the 46-year-old English actress in seven facts.

7. Olivia Is a Mother of Three

Actress Olivia Colman is happily married to Ed Sinclair. The couple met in the late '90s when Colman worked in a Footlights production of Table Manners.

After a couple of years of courtship, Colman and Sinclair tied the knot in 2001. The husband-and-wife have given birth to three children, Finn, 14, Hal, 12, and a baby daughter, 4.

The happy family of five lives in South London.

6. She Got Her Acting Breakthrough from the Long-running Comedy Series "Peep Show"

Olivia started her acting journey after she graduated from Bristol Old Vic Theatre School. She made her acting debut in 2000 from Bruiser, in which she played various characters.

In 2003, she landed the role of Sophie Chapman in the British television sitcom Peep Show. The role became a breakthrough in her acting career. Colman portrayed the character until 2015, making her appearances in a total of 32 episodes.

5. Olivia Colman's Net Worth is in Millions

Working in dozens of films and television projects, Olivia Colman has undoubtedly earned a handsome sum of money. As of 2020, Colman's net worth is estimated to be around $6 million. Besides her acting roles, Colman also earns a significant sum of money from sponsors and endorsement deals.

With a nearly two-decades-long acting career, English actress Colman had only one thing to achieve from her career, and that was an Oscar. And she did clinch the coveted award at the 91st Oscars in 2019.

Colman's role as Queen Anne in the 2018 period black comedy film, The Favourite won her the Academy Awards for the Best Actress ahead of Yalitza Aparicio, Glenn Close, Lady Gaga, and Melissa McCarthy.

3. Earned an Emmy Nomination for Fleabag

Colman earned a nomination for Primetime Emmy Award for Outstanding Supporting Actress for the role.

2. The 46-Year-Old Worked As A Cleaner Before Starting Acting Career

Olivia Colman rarely talks about her works before she started her acting career. However, she revealed she used to work as a cleaner before starting her acting career during her Oscar acceptance speech in February 2019.

In the (hilarious) speech, Colman said she loved what she did prior to acting.

1. She Was Pregnant with Daughter During the Filming of "The Night Manager"

Actress Olivia Colman was pregnant with her third child, a daughter when she was filming for The Night Manager in 2015. As per the reports, Colman was eight months along when she completed the filming of the British television serial.