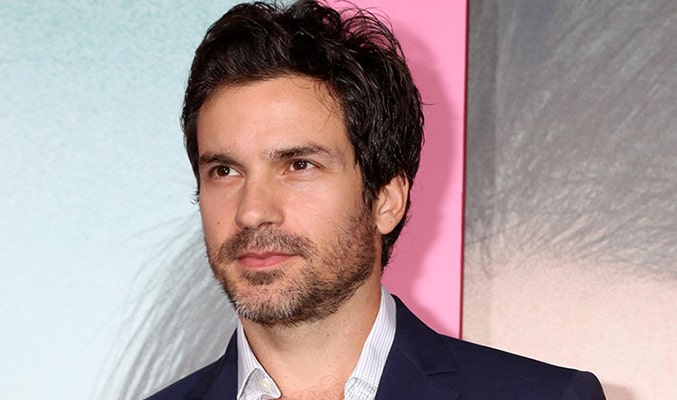 Santiago Cabrera is a Chilean-British actor of Venezuelan descent. He rose to prominence after playing the role of Isaac Mendez in TV series Heroes and Lancelot in BBC drama series Merlin. He has more than a dozen television and film credits under his belt, and most recently, Cabrera worked in the main role of Chris Rios in Star Trek: Picard featuring Patrick Stewart, Michelle Hurd, and Harry Treadaway.

Read the article to know some interesting facts about Cabrera.

7. Born in Venezuela, Cabrera Grew Up in Europe

Actor Santiago Cabrera was born to a Chilean diplomat father and a homemaker mother in Caracas, Venezuela, on May 5, 1978. Santiago was born as the middle of three children of his parents-he has an older brother and a younger sister.

Cabrera frequently relocated to different European countries during his childhood days due to his father's job transfers. He spent much of his childhood days in England and also spent significant time in Romania, Toronto, and Madrid as well.

Growing up in England, Cabrera developed a keen interest in football and was a captain of his high school football team. Cabrera, however, left playing football and started taking acting class after his teachers encouraged him. He trained acting for three years at the Drama Centre London.

His initial acting works included famous productions of The Madras House, A Month in the Country, The Strangers of Others, and Three Birds Alighting on a Field.

5. Worked in Several Minor Roles Before Rising to Fame from Heroes

During his final year in the Drama Centre, Cabrera made his television debut and went on to work on some television series consecutively, which included Battlefield Britain, Judge John Deed, Spooks, and As If.

Cabrera also worked in Shakespeare's Othello and starred as the Argentinian Paolo Sarmiento in Love and Other Disasters in 2006. But, Cabrera made his ways to the stardom after he was cast as Isaac Mendez in the NBC series Heroes in 2006.

4. Cabrera Is Happily Married For One and a Half Decade

The 41-year-old Heroes actor has been married happily since 2003.

Cabrera and his wife of over 15 years, Anna Marcea, are also blessed with a son, Kilian Emiliano, whom they welcomed in April 2016. His wife Marcea is a theatre director.

3. Cabrera Is a Millionaire

Santiago Cabrera has been working as an actor for nearly two decades. In this period, Cabrera has worked in several hit movies and television series, which earned him great popularity as well as a handsome chunk of money. The 41-year-old actor has made well from his acting career to become a millionaire.

As of late 2019, actor Cabrera's net worth is estimated to be slightly over $1 million.

2. Cabrera Was Cast As Aquaman in an Unmade Film

Back in 2007, director George Miller, famously known for Mad Max: Fury, was reported to make a superhero film for DC, which was named Justice League: Mortal. The film was all set to begin filming-full cast was in place, sets and costumes were ready, but it was ultimately pulled out.

It was later reported that Cabrera was cast as Aquaman in the film.

1. Cabrera Has Played a Couple of Soccer Match for Charity

Back in September 2008, Cabrera participated in a British charity event named Soccer Aid in support of UNICEF. Years later, in 2014, Cabrera again played a soccer match for the Rest of the World.