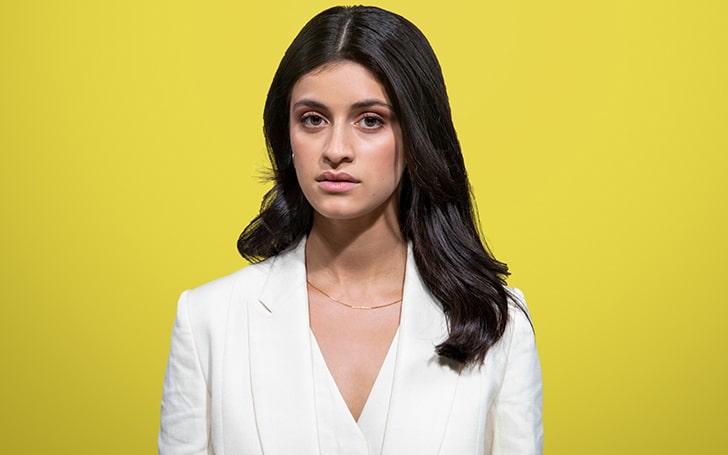 One of the most awaited fantasy drama web series, The Witcher, will start streaming on Netflix on Friday, 20th December. The Lauren Schmidt Hissrich created series is based on the eponymous book series of Andrzej Sapkowski, which will feature Henry Cavill as Geralt of Rivia, Freya Allan as Princess Ciri, Anya Chalotra as Yennefer of Vengerberg, MyAnna Buring as Tissaia de Vries, and Joey Batey as Jaskier.

Anya Chalotra being  one of the star casts of the series have raised lots of curiosity regarding her background. So, read the article till the end to know about Anya Chalotra.

Anya Chalotra was born in Wolverhampton, the United Kingdom, in 1996. She was born to Indian parents, who moved to the UK before Anya's birth. As of now, Chalotra is a naturalized UK citizen.

Anya Chalotra and her two siblings, sister Reeya Chalotra and brother Arun Chalotra, grew up in the United Kingdom. But they still follow the Indian culture, and Anya is a follower of Hinduism. She once said, she is not particularly a religious person, however, she holds onto his faith "as a connection to her ancestral land."

5. She Trained at London Academy of Music and Dramatic Arts

Chalotra completed her schooling at St. Dominic's Grammar School for Girls in Brewood. She later trained at the London Academy of Music and Dramatic Art (LAMDA), followed by the Guildhall School of Music and Drama.

4. Anya Was a Theater Actress

After she graduated from the prestigious LAMDA, Anya was an accomplished theater actor. At the starting of her career, Chalotra worked in a handful of Shakespeares' plays. As per the sources, she has around 14 theater plays credit under her belt. Moreover, the actress is also known for her appearance on the 'Poirot' remake and the Canadian show 'Wanderlust.'

3. Her Casting as Yennefer Brought Series of Controversies

Actress Anya Chalotra was announced the part of Netflix's upcoming The Witcher in October 2019, where it was revealed that Anya would be portraying Yennefer. After Netflix announced the news, it faced a series of controversies because the casting of Anya and her love interest on the series seemed to have a big age gap.

Later, the creator of the show defended their selection, saying they cast the actors based on their merits and appropriateness of playing the character.

The 23-year-old British actress mostly keeps her personal life far from the media radar. Chalotra is not so active on social media like Instagram, Facebook, and Twitter though she sometimes shares her professional life with her fans.

According to Famous People, Chalotra previously dated Honduran writer and journalist named Juan F Sanchez. She hasn't shared much about their relationship to date. Her current relationship status is not known.

Rising actress Anya Chalotra has worked on a handful of theater plays and some television series. As of now, she is one of the star cast of The Witcher, so she is believed to be taking a big chunk of money for her part. As of 2019, Anya Chalotra's net worth is estimated to be more than $100k.