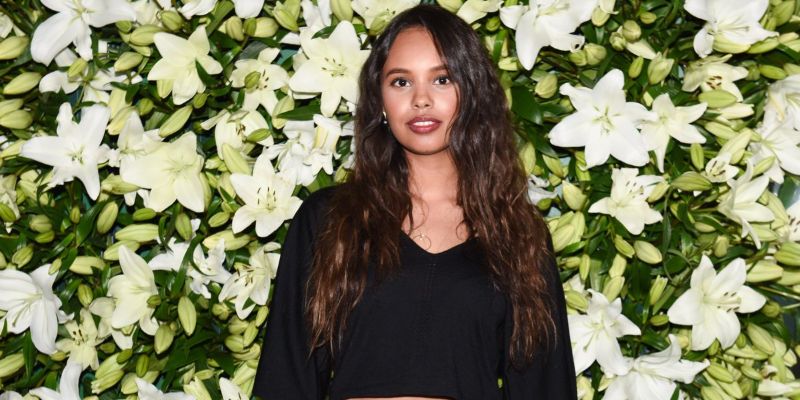 Alisha Boe is prominent for her role in Netflix's 13 Reasons Why. In addition to this, she has also worked in movies like Paranormal Activity 4 and 68 Kill.

While Boe went on to be fans favorite in the following season, you might have missed these interesting seven facts of the actress.

7. Boe Is From Norway

Boe was born in Oslo, Norway to a Norwegian mother. But her father was a native of Somalia. Their parents divorced when Alisha was a child. Boe's stepfather is an American, and she and her mother moved from Los Angeles in 2004.

Moreover, she is of Somali and Norwegian descent. She is also the first actress of Somali origin to receive a leading role in an American film since Iman; fashion model, actress, and entrepreneur.

As of  February 2020, the 22-years old actress has 4 million followers on her Instagram account and 266K followers on Twitter. The actress seems quite close with her 13 Reasons Why co-star as she keeps posting casual pictures with them.

Boe recently posted a birthday wish to Brandon Flynn. Her Instagram handle is @alishaboe, and her Twitter handle is @AlishaBoe.

Alisha is fond of hiking with her close friends. She loves going on mini trips to places like San Francisco or Southern California's Joshua Tree. Boe's love for hiking, according to her, comes from her residency in Los Angeles.

Moreover, besides hiking,13 Reasons Why star also spending her leisure time reading fiction novels and binging on movies till 2 in the morning! Needless to say, she also likes baking and loves to make cinnamon swirl banana bread and chai spice cake while on the house.

4. Took A Respite From Acting In Teen Years

While in Oslo, Boe would perform in dance shows and local plays. When asked about how she developed an interest in acting, she remarked about enjoying the attention and making people happy with her performance.

Later, Boe relocated to LA and went on to do advertisements for Justice and commercial spots for Bratz. She also did a Sears commercial with Kylie Jenner and appeared in the horror film Amusement. However, Alisha took a break from her acting career in her teen years.

In an interview with the W magazine, she exclaimed,

"Honestly, it was hard for me to book roles as an early teen, because it just wasn’t inclusive then for mixed or ethnically ambiguous or black people, in general.”

3. Boe has Worked With Shawn Mendes

The 22-years old actress appeared in the Canadian singer Shawn Mendes's awaited music video Lost in Japan in 2018. The 13 Reasons Why star starred as Shawn's love interest in the music video.

Moreover, Mendes gave an adorable response to the fans who were happy to see Shawn and Alisha together.

The 22-years old actress has appeared in all three seasons of Netflix's teen drama 13 Reasons Why. According to Popbuzz, she received $20,000 to $60,000 per episode in two seasons.

However, for the third season, the cast members received a high pay rise, and Boe's salary is estimated to be $150,000 per episode. Boe co-stars from the series have also received a relatively higher salary than the previous season, with Dylan Minnette earning $ 200,000 per episode.

Boe was caught by surprise when she booked 13 Reasons Why. Before the audition, she had read the book Thirteen Reasons Why by Jay Asher without any knowledge that she would be part of the show based on the book in the future.

Initially, she had auditioned for the lead character Hannah Baker but was unsure of getting the lead. Nevertheless, when the team approached her later for the role of Jessica Davis, she felt "disconnected with it." In the V magazine interview, Boe added,

"She’s supposed to be a pretty, popular teenager, and in my head, just from being brainwashed from all these breakdowns growing up it’s a blonde girl with blue eyes."

Nevertheless, Boe liked that the show focused on inclusivity, and she feels glad to be a part of the amazing cast members.

Later Hannah was played by gorgeous and talented Katherine Langford.