Starting Off Theater, Bill Paterson Garnered Fame Through Films and TV Series-Seven Interesting Facts About Him 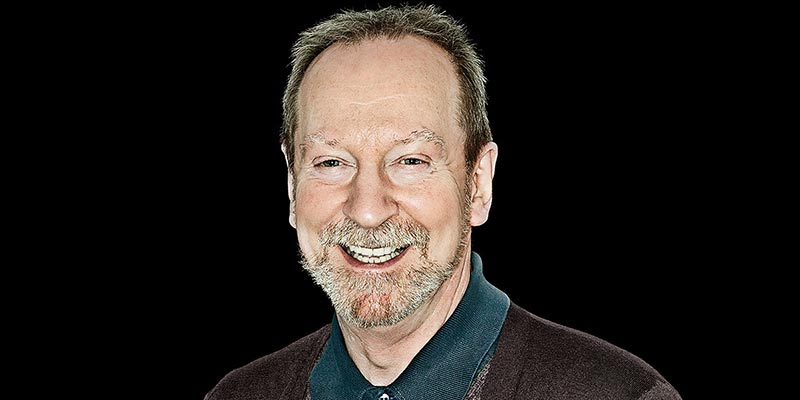 Bill Paterson is a Scottish actor, who rose to prominence from his appearance in films like Comfort and Joy, Truly, Madly, Deeply, and Amazing Grace. Paterson is also famous for his portrayal of the title character's father in the British TV series Fleabag. Phoebe Waller-Bridge, a well-known writer and actress, plays the title character in the series, and the other star cast includes Sian Clifford, Hugh Skinner, and Brett Gelman.

Actor Bill Paterson was born as William Tulloch Paterson on 3 June 1945 in Glasgow, Scotland. He completed his graduation from the Royal Scottish Academy of Music and Drama. Before he enrolled at the academy, he worked as a quantity surveyor's apprentice for three years.

Bill Paterson started his acting career after completing his graduation from the Royal Scottish Academy of Music and Drama.

Paterson was 22 years old when he made his acting debut from the play The Resistible Rise of Arturo Ui at the Glasgow Citizens Theatre.

Paterson took more than seven years to make his debut on television after his first theater work. The Fleabag star was 29 years old when he made his first television appearance in Play for Today in 1974.

Afterward, he worked in dozens of television series in the '70s and  '80s. He made his film debut in the 1978 British comedy film, The Odd Job, in which he portrayed the role of Sergeant Mull.

The Fleabag actor Bill Paterson stands at the height of 5 ft. 7 inches or 170 cm.

3. Paterson Has Been Married For More than Three Decades

Unlike many celebrities, actor Bill Paterson has been in a stable relationship for almost four decades. The 74-year-old actor has been married to stage designer Hildegard Bechtler since 1984.

The husband-and-wife has two children, a son, and a daughter together. Bill lives in London, England.

Bill Paterson has been a part of a few award-winning television series, including Licking Hitler. Besides television and film, Paterson also earned a nomination for Laurence Olivier Award for his performance as Schweyk in Brecht play, Schweyk in the Second World War in 1982.

1. What is Bill Paterson's Net Worth?

The  Scottish-born actor Paterson has actively worked in television, film, and theater for over five decades. Besides the immense fame he has garnered, Paterson has also earned a hefty wealth from his career. Though the 74-year-old actor is mum about his earnings and fortune, we can say he is undoubtedly a millionaire.