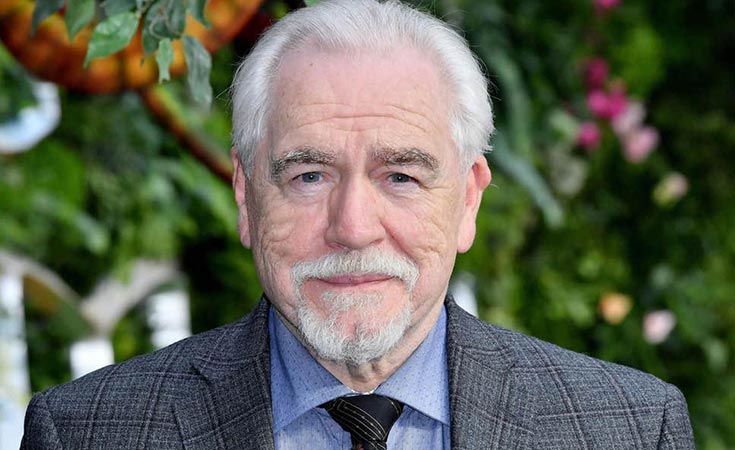 Brian Cox is a Scottish-born actor who gained recognition from his works with the Royal Shakespeare Company. Besides, he also made his name from his works in projects like Super Troopers, Rushmore, Rise of the Planet of the Apes, and Troy, among others.

From 2018, Cox has been cast as Logan Roy in the HBO satirical comedy-drama series Succession. The series also stars Kieran Culkin, Hiam Abbass, Natalie Gold, and Nicholas Braun alongside Cox. The series completed its second season run in August 2019 and was subsequently renewed for a third season.

Know everything about Brian Cox in seven facts.

7. His Father Died When He Was Eight

Cox was born as the youngest of five children to Mary Ann Guillerline and Charles McArdle Campbell Cox. His mother worked in the jute mills while his father was a butcher who later worked as a shopkeeper.

Cox's father, Charles, died when he was aged eight. After the incident, he was brought up by his three older sisters.

6. Cox Attended the London Academy of Music and Dramatic Art

The Succession alum was fascinated by acting in his early childhood days. And when he was 14, Cox joined the Dundee Repertory Theatre. He completed his education from St. Mary's Forebank Primary School, followed by St. Michael's Junior Secondary School from which he dropped out when he was 15.

After he left school, he worked at Dundee Repertory Theatre for a few years and went to the London Academy of Music and Dramatic Art from 17 to 19. He left the academy in 1965 and joined the Lyceum company in Edinburgh, Scotland.

5. Cox Doesn't Watch His Own Work

Brian Cox has worked in more than fifty films and almost an equal number of television series. However, the actor has rarely watched any of his work. According to IMDb, Cox once said he doesn't indulge in watching his own work.

Brian Cox's role as Hermann Goring in the Canadian/American television documentary drama series Nuremberg earned him wide recognition, including a couple of award nominations. Most notably, Cox won an Emmy Award and was nominated for a Golden Globe Award.

Nuremberg was based on the book Nuremberg: Infamy on Trial by Joseph E. Persico. Besides Cox, it starred Alec Baldwin, Christopher Plummer, Jill Hennessy, and Matt Craven.

Actor Brian Cox has been married twice. He was married to his first wife, Caroline Burt, from 1968 to 1986. The couple, who were married for almost three decades, have two children, Margaret and Alan Cox.

As of now, Cox is married to Nicole Ansari. The couple got married in 2002, and they also have welcomed two children, sons together.

Brian Cox and his ex-wife Caroline Burt's oldest son, Alan Douglas Cox (born 1970), has followed his father's footsteps. He is most well-known for his portrayal of a teenage Dr. Watson in Barry Levinson's Young Sherlock Holmes in 1985.

Alan is also known for his roles in films such as Mrs Dalloway, Ladies in Lavender, and television series The Devil's Crown, Shoestring, and Casualty.