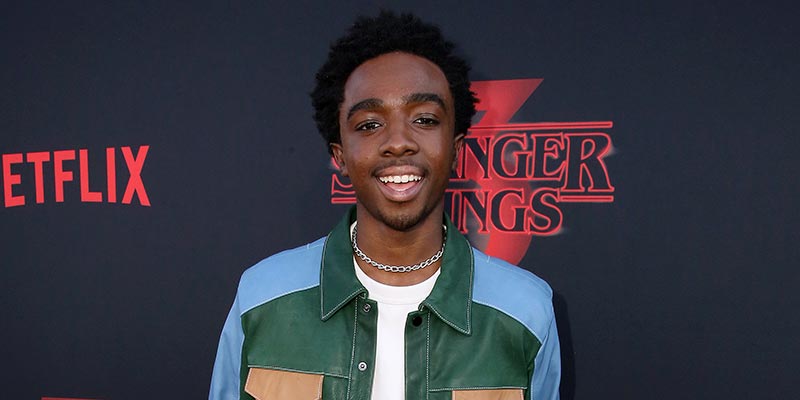 American actor Caleb McLaughlin is famously known for his portrayal of Lucas Sinclair in the Netflix series Stranger Things. He is also known for his roles in television series such as Blue Bloods, Lip Sync Battle, and Final Space.

6. Studied Acting at The Harlem School of the Arts

McLaughlin completed his primary school from Kent Primary School and joined George Fischer Middle School. However, he dropped out after a year. After leaving school, the 18-year-old studied dance at Happy Feet Dance School for around a year.

Afterward, McLaughlin studied acting at The Harlem School of the Arts under the former Lion King producer, Aubrey Lynch.

Caleb McLaughlin started his acting career at the age of 11 in 2012 when he played the role of young Simba in The Lion King at Minskoff Theatre, Broadway. He played the character for two years.

He also started working on television and film subsequently as he made his appearance as Noah in the short film Noah Dreams of Origami Fortunes in 2012. And in 2013, he made his debut television appearance in an episode "Born Psychopath" in Law & Order: Special Victims Unit.

4. Caleb Has Already Made Millions From His Short-Acting Career

Caleb McLaughlin is just 18 years old, and he has already earned millions of dollars. As per Celebrity Networth, McLaughlin has an alluring net worth of $3 million.

As per the sources, Caleb receives a decent salary of $250k per episode for his role in the Netflix Series Stranger Things starring Millie Bobby Brown, Winona Ryder, Joe Keery, and more.

3. He is an Avid Social Media User

2. His Role in "Stranger Things" Has Earned Him Multiple Awards

Actor Caleb McLaughlin has won a number of nominations in several prestigious awards for his role in Stranger Things. He has been nominated in Young Artist Award, BET Awards, Screen Actors Guild Awards, and more.

1. He Saw a Massive Pay Rise in Stranger Things Season 3

Actor Caleb McLaughlin has been one of the regular cast of Stranger Things since its first season in 2016. For the first season, Caleb received $20,000 per episode while he earned $21k per episode during the second season of the show.

But as the popularity of the show grew rapidly, all the Stranger Things stars, including McLaughlin, saw a massive pay rise for the third season.

Meanwhile, Caleb McLaughlin became one of the highest-paid actors of the series, receiving $250k per episode.