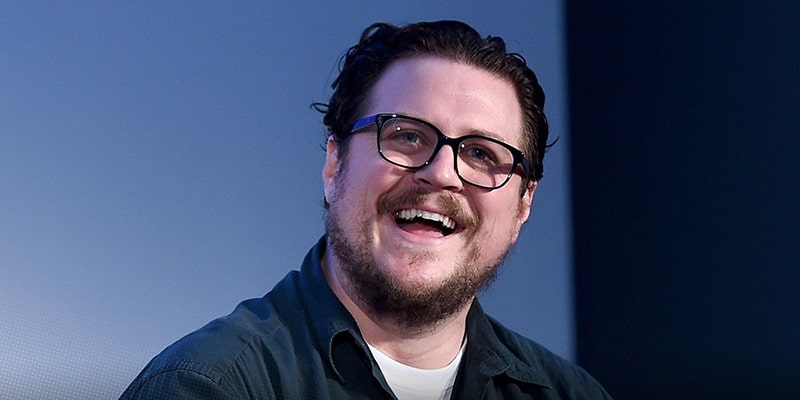 If you haven't seen Mindhunter on Netflix yet, you are missing out on one of the best TV shows of the past decade, not to mention one of the most chilling performances on television by Cameron Britton.

Indeed, Cameron Briton embodied the role of serial killer Ed Kemper on Mindhunter, gracing the screens with an unsettling portrayal of a man who would live in infamy as the Co-ed Killer.

Britton went through painstaking lengths for his magnum opus as Ed Kemper, and it is reflected in his scene-stealing performances. But Britton has accomplished so much more than that.

The 33-year-old California-native held a day job before breaking through the industry ceiling with his ideal performance in Mindhunter. Since then, the name Cameron Britton has been synonymous with excellence. With the third season of Mindhunter being announced, anticipation has perhaps never been higher for a Britton cameo.

Before the acclaimed series drops later in the year, we countdown seven facts about Cameron Britton.

Perhaps his one role that will be talked about for years to come (and for a good reason), Britton portrayed the infamous serial killer Ed Kemper on Mindhunter.

Ed Kemper is infamous as his pseudonym, the Co-ed Killer. His mild-mannered demeanor, his eloquent speech, and his high IQ belied his predatory nature. He butchered ten people in his lifetime, including his grandparents and mother.

Cameron Britton was lauded for his portrayal of this complex and deranged character. Every scene he was in, he stole the spotlight from his cohorts.

Amidst stellar performances from the main cast of Jonathan Groff, Holt McCallany, and Anna Torv, Cameron's is singled out the most.

It was no surprise Britton was asked to reprise his role in the second season. Even in a season that had such cases as the Charles Manson cult murders and the Atlanta child murders, Britton managed to remain a highlight.

Only time will tell if he will appear in season three, but fans are optimistic that we may yet be graced with one of the best performances on television history.

6. He Was Almost Too Short to Play Ed Kemper

It is almost inconceivable to think of anyone other than Britton portraying Kemper, so mesmerizing was his performance.

But the showrunner, David Fincher, nearly passed up on Cameron to play the infamous serial killer. The reason was neither some controversy nor a damning indictment of Britton's acting: it was because Cameron was too short!

It might sound ridiculous considering Cameron is 6'5", but Ed Kemper himself is a hulking 6'9". Not to be denied, Britton won the director over, and we were treated to one of the most accurate and unsettling portrayals of a serial killer in television history.

Cameron regaled his casting experience in an interview with Entertainment Weekly as:

... I mean, hats off to [executive producer] David [Fincher] — he wanted to find an actor who is large enough to play the role, and that’s kind of hard to do. You have to find someone who’s the right age and the right look and can pull it off and be 6-foot-5 or taller. And I just hit that cut off at 6-foot-5...

5. Britton Struck Up Conversations with People Outside-of-set as Ed Kemper

Playing a deranged psychopath is a daunting task, especially if you are aiming to capture the essence of the psychopath, rather than impersonating them.

Cameron went above and beyond to embody Ed Kemper. In an interview with Entertainment Weekly, the actor went on to reveal that he would stay in character even outside of the set of Mindhunter.

Britton went on to say that he would strike up conversations with regular people who had no idea he was playing a character. He gauged their reactions to see if they were creeped out.

In his own words, Britton explained his extensive experimental research:

...I also did my own experimental work. I didn’t want to do an impression so much as capture the essence of him as best as I could. I like to go outside in character. I like to go to dog parks, things like that and just start conversations with people and see if their conversations would be pleasant or disturbed. People really seemed to enjoy meeting Ed, which meant I was doing a good job. Because I think the scariest part of serial killers is that they could be standing right next to you at a bus stop and you’d have no idea.

4. Had a "Serial Killer Meet-up" with His Mindhunter Co-stars

To prove that there is a fine line between real-life and reel-life, and characters portrayed on the screens are just that, Cameron revealed to Entertainment Weekly that he and actors Adam Zastrow and Jack Erdy had a "serial killer meet-up" at a bar in Los Angeles.

Zastrow, who played Gene Devier, and Erdy, who played Richard Speck, were at a LA bar where Britton dropped in unannounced. Together, they painted the town red, and even sang “Psycho Killer” by Talking Heads on the karaoke!

Talk about a killing good time!

3. Worked as a Pre-school Teacher for Eight Years

The complete antithesis of the deranged psychopath he plays on screen, Britton, in real life, is a sweetheart.

That fact is no more so apparent than in the job he held before he became a television sensation.

2. Played the Hacker Plague in the 2018 Movie The Girl in the Spider's Web

After he blew up the way he did, Britton landed roles in numerous high-profile projects, one of which is the 2018 action-thriller movie The Girl in the Spider's Web.

1. Appears as Hazel in The Umbrella Academy

Fans of Cameron Britton looking for their fix can engross themselves in the Netflix superhero series The Umbrella Academy.

Part of the main cast consisting of such talents as Ellen Page, Tom Hopper, and David Castañeda, Britton again immerses himself into his character as Hazel.

The first season of the Netflix show has received mostly positive reviews from critics and is set to return for a second season.