Home seven-facts Logan Child Actor Dafne Keen Is The Future Of Hollywood: Seven Facts About Her

Logan Child Actor Dafne Keen Is The Future Of Hollywood: Seven Facts About Her 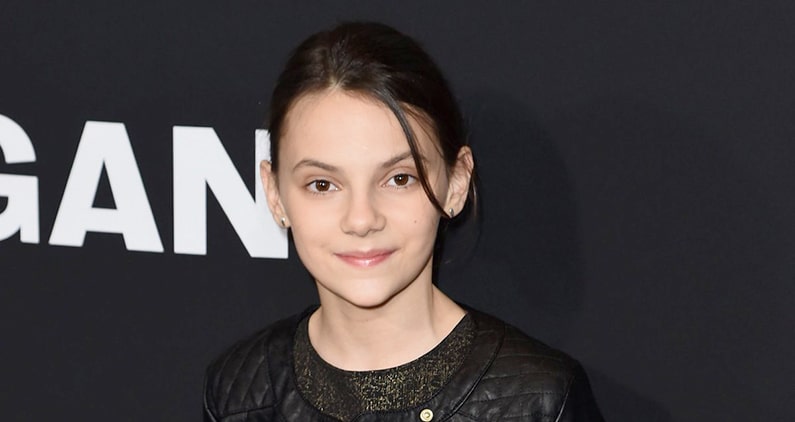 Besides her huge role, she has also starred as Ana "Ani" Cruz Oliver in the BBC series The Refugees and is currently on the cast of His Dark Materials where she plays Lyra Belacqua.

7. Started Acting At The Age Of Nine

Dafne started acting at the age of 9 when she landed a role as Ana "Ani" Cruz Oliver in BBC's 2015 series The Refugees.

She portrayed the role of Ana in 7 episodes of the series where she acted alongside her father, Will Keen.

6. Dafne Was 11 When She Filmed Logan

Her major role in a movie was in Logan (2017) which is the final edition of the Wolverine trilogy which started with X-Men Origins: Wolverine (2009) and its sequel The Wolverine (2013).

The British-Spanish actress was 11 years old when she auditioned for the role of Laura Kinney / X-23 in Logan. The role was previously given to gymnast Sienna Novikov, but later The Wall Street Journal confirmed that it was Dafne who had won the role.

The movie marks the end of an era with Hugh Jackman starring as the lead, Wolverine and Sir Patrick Stewart as Professor X.

Rumours have it that Hugh Jackman always wanted his solo Wolverine film to receive an R-rating and because of the movie's violent theme and western tone, the film was assumed to be R-rated even before Deadpool hit the theatres.

4. Starring Alongside The New Professor X In His Dark Materials

An epic trilogy based on the novels of Philip Pullman, His Dark Materials is a television adaption of the film The Golden Compass, starring Daniel Craig and Nicole Kidman.

Dafne plays the main role of Lyra Belacqua in the series alongside the new Professor X, James McAvoy, in the X-Men franchise. Besides that, her father Will Keen is also on the show where he plays the role of Father MacPhail.

3. She Auditioned For Dark Materials With A Jelly-Face

Keen was first unsure whether she would get the role and was on vacation in Puerto Rico when she was asked to send an audition tape for the second time.

To top that she was stung by a jellyfish which caused her face to inflame and turn red. Later she joked that she auditioned with a jelly-face, but the casting director liked her tape and called her to audition in person.

Dafne Keen was born on the 4th of January 2005 to British actor Will Keen and Galician actress, director and writer Maria Fernández Ache, who worked alongside the Duchess of Sussex, Meghan in Anti-Social.

Her father has appeared in TV series like Sherlock, Midsomer Murders, and The Crown, starring Academy Award-winning actress Olivia Colman.

Her paternal great-grandfather was Edward Curzon, the 6th Earl Howe. Earl Howe is a title created and given by King George IV to members of the Howe and Curzon-Howe family.

Keen has two aunts named Alice Oswald, who is a poet and Laura Beatty, a writer. Oswald is known for her works like The Thing in the Gap-Stone Stile, and Falling Awake, for which she won the Griffin Poetry Prize in 2017.

Laura Beatty is also a renown writer who won the Author's Club First Novel Award for her book Pollard.

She is greatly influenced by actors like Meryl Streep, Olivia Colman, and Jennifer Lawrence. Talking about music, her favourite bands are Pink Floyd and Fugees. She also enjoys Billie Eilish and Will Smith's music.

Dafne mentioned that her favourite films are Singin’ in the Rain, West Side Story, and Daddy's Home. Besides watching movies, she also loves to read, and her favourite book is Watership Down by Richard Adams.

Being an actress, she is quite into fashion, and her favourite cologne is Mimosa & Cardamom by Jo Malone and prefers to wear lipsticks from MAC and Bobbi Brown.