Home seven-facts With Two Decades of Experience, Emily Watson Is One of the Best English Actresses-Seven Facts

With Two Decades of Experience, Emily Watson Is One of the Best English Actresses-Seven Facts 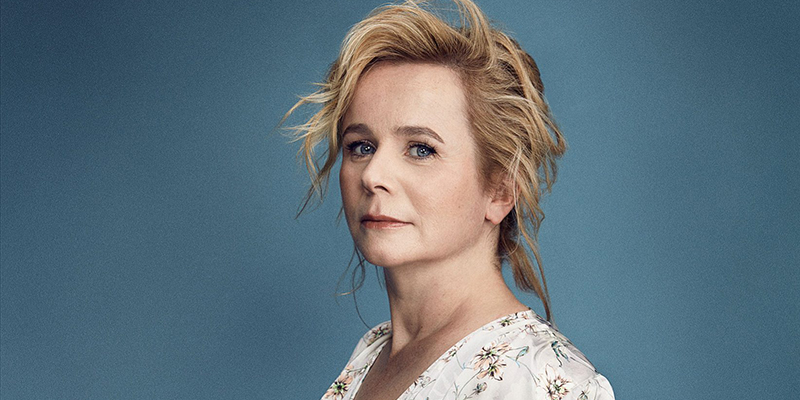 English actress Emily Watson kicked off her acting career on stage, joining the Royal Shakespeare Company in 1992. In 1994, she made her television debut as Rosalie in a television film, A Summer Day's Dream. She made her film debut in 1996 when she played the role of Bess McNeill in Breaking the Waves. Her debut film role gained her an Oscar nomination for the Best Actress. She was again nominated for the Academy Awards for Best Actress for her role in Hilary and Jackie in 1999.

In 2003, she earned a nomination for the Olivier Award for Best Actress for her role in the 2002 production of Uncle Vanya at the Donmar Warehouse. The 53-year-old actress' film credits include The Boxer, Angela's Ashes, Red Dragon and Oranges and Sunshine, among others.

Similarly, her television credits include Appropriate Adult, Genius, Little Women, and King Lear. In 2019, she portrayed the character of Ulyana Khomyuk in HBO miniseries Chernobyl. In the series, Watson worked alongside the likes of Jared Harris, Paul Ritter, Jessie Buckley, and Adam Nagaitis, among others. Watson was nominated for a Primetime Emmy Award as well as a Golden Globe Award for her performance.

7. Watson's Mother Had a Ph.D. in English

Emily Watson was born Emily Margaret Watson to Richard Watson and Katherine Watson (Venables) on 14th January 1967 in London, England. Watson's father was an architect, and her mother was an English teacher at St. David's Girls' School in West London. Moreover, her mother, Katherine, had a Ph.D. in English.

Watson has a sister, Harriet Watson. She and her sister were raised Anglican.

6. Her Mother Died When She Was Out in Australia for Shooting

Everyone remembers Emily Watson's impeccable performance as Margaret Humphreys in Oranges and Sunshine. But, very few know there was a sad story that enhanced her performance as a mother.

In 2009, when she was in Australia for the filming of Oranges and Sunshine, her mother fell ill in England. She was notified her mother, who had suffered encephalitis, was being treated in the intensive care unit, and she swiftly moved to the United Kingdom, postponing her work schedules. But she couldn't make it on time. She only arrived in London five minutes after her mother had died. Katherine was 69 at the time of her death.

The Chernobyl actress Emily Watson has an estimated net worth of $10 million as of 2020. Watson has worked in dozens of films and television series in her acting career that has spanned for over two decades.

Her earnings from her acting roles are her major sources of income. However, she also amasses a handsome sum of money from endorsement deals and advertisements.

4. Earned a Degree in English From Bristol University

Watson attended St James Independent Schools in West London. Later she studied at the University of Bristol, from which she earned a BA degree in 1988 with English as a major. Then in 2003, she received an honorary master's degree, MA, from Bristol University.

3. She Has Also Done Script-Writing

In a career of more than two decades, Emily Watson has acted in several movies and television projects. But, she has also tried her hand as a script-writer.

In 2007, Watson and her husband wrote a script for Mood Indigo, which was optioned by Capitol Films. The movie follows the love story of a young woman falling in love with a pilot during the Second World War.

Watson met her future husband, Jack Waters, at the Royal Shakespeare Company in the early 1990s. The couple had a few years of courtship before tying the knot in 1995. Around a decade after their marriage, the couple gave birth to their first child, a daughter Juliet in 2005.

The pair welcomed their second child, a son Dylan four years later in 2009. The happy family of four currently lives in Greenwich, London.

Emily Watson, her name is quite similar to that of another English actress, Emma Watson, who played Hermoine Granger in the Harry Potter film series.

Back in 2011, Emily herself stated that people frequently mistake her for Emma Watson. She further said she doesn't correct anyone who makes a mistake, and said she is quite flattered that people think her that young.