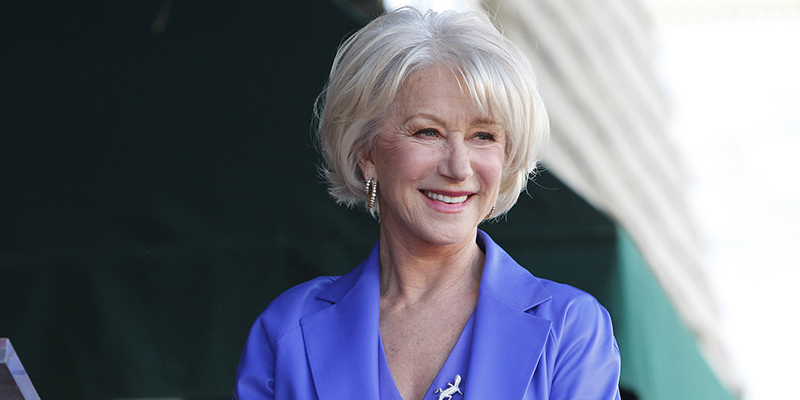 Mirren has been active as an actress since 1966 and she has played in dozens of television series, movies and theater works in her more than five-decade-long career.

Here we are putting forward seven facts of Mirren that are rarely known to the date.

Hammersmith, London-born Helen Mirren attended Hamlet Court primary school in Westcliff-on-Sea. She was interested in acting since childhood. She was cast in the lead role in a school production of Hansel and Gretel.

She later enrolled at St. Bernard's High School for Girls in Southend on-Sea. She also acted in school productions there. At the age of 18, Mirren joined National Youth Theater and by 20, she had started playing Cleopatra in Antony and Cleopatra.

Actress Helen Mirren has given more than five decades of her life in acting. And she has acted in more than two dozen films and television series. Her lucrative career as an actress has earned her more than $50 million in net worth in 2020.

5. Married to Taylor Hackford Since 1997

The 75-year-old actress had long-sworn that she would never get married, however, she broke her pledge in 1997, when she tied the knot with American film director Taylor Hackford. The pair had been dating for more than a decade (since 1986) at the time they got married.

Mirren and Hackford first met on the set of White Nights. It was the third marriage for the Academy Award-winning director, who has two children from his previous relationships.

4. What She Did Before Acting

It is a very rarely known fact that actress Mirren had worked as a "blagger" at an amusement park before she started working as an actress. A blagger is a person who persuades people to ride rides in the parks.

3. She Revealed She Had Been Date Raped a Couple of Times

Back in 2008, Helen Mirren revealed that she had been date-raped a couple of times in the past. Back then, she told CNN that she didn't report the attack because "you couldn't do that in those days."

Actress Mirren confessed in her interview with CNN that she used to take cocaine at parties. She continued her habit until the early '80s. She said she only gave up drugs after discovering its use was helping to fund crime. Furthermore, Mirren also admitted to using marijuana, and LSD.

1. She Got a Tattoo While Drunk

Helen Mirren used to indulge in parties during her youth days. On one of the days, in a drunken act of rebellion, she got a small tattoo on her left thumb.

In an interview with People back in 2010, Mirren told she was "utterly disgusted" by her tattoo. At the time, she told,

I decided to get a tattoo because it was the most shocking thing I could think of doing. Now I'm utterly disgusted and shocked because it's because it's become completely mainstream, which is unacceptable to me.

She also revealed that the tattoo was inked by an Indian artist while she was on the road in Minnesota.