Home seven-facts Get To Know About the "Succession" Actress Hiam Abbass-Seven Facts About Her Including Her Career, Net Worth and Marriage

Get To Know About the "Succession" Actress Hiam Abbass-Seven Facts About Her Including Her Career, Net Worth and Marriage 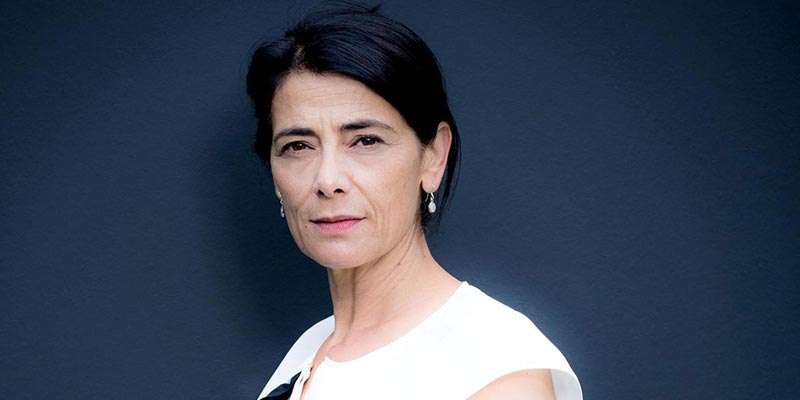 Hiam Abbass is an Israeli-French actress and film director. Abbass is known for her role in When the Cat's Away, Haifa, Satin Rouge, A Loving Father, and others. Most recently, Abbass worked in an American satirical comedy-drama series Succession and a drama web television series Ramy.

Here are seven facts about the Israeli-French actress' lifestyle and career. Check it out:

7. Abbass was Born and Raised in a Small Village in Israel

Hiam Abbass was born on November 30, 1960, in Nazareth, Israel. She was raised in a Muslim Arab family in the village of Deir Hanna in Nazareth.

Actress Abbass has not been open about her relationship stuff. However, as per records in IMDb, she was previously married to Zinedine Soualem. He is a French theater and film actor, famously known for his role in Que la lumiere soit, Peut-etre, and Tar Angel (L'ange de goudron).

Abbass and her ex-husband Soualem gave birth to two children, Lina Soualem and Mouna Soualem, before they got divorced.

The Succession actress made her acting debut in 1989, at the age of 29, from a television movie La nuit miraculeuse directed by Ariane Mnouchkine.

After her debut appearance, her next acting role came after five years, when she worked as Jacqueline Tabet in an episode titled "Poisson rouge" of television series Antoine Rives, juge du terrorisme.

4. She Made Her Directorial Debut from Le Pain

Hiam Abbass has directed a handful of short films. She started her directorial journey in 2001 from a short movie, Le pain. The film was nominated for the Best Short Film at Namur International Festival of French-Speaking Film.

Her last work as a director came back in 2015, when she directed Jerusalem, I Love You.

3. Abbass Is Not Active on Social Media

The 60-year-old Blade Runner 2049 actress prefers out of the media while she is not working. Moreover, she is not active on social sites like Instagram and Twitter. This is the reason why her fans are unaware of any of her personal details.

Abbass has acted in dozens of series, films, and TV movies in her nearly three-decades-long active acting career. She has primarily worked in French films and television series in her career.

Her acting roles have undoubtedly earned her a handsome fortune. But, there are no official details on her exact wealth. But, we can estimate the actress might possess a decent net worth of $500k looking at her career.

1. Will Reprise Her Role in the Third Season of Succession

Abbass portrayed the role of Marcia "Marcy Roy" on Succession in its two seasons from 2018 to 2019.

Succession was renewed for a third season soon after it completed its second season-run in August 2019. Abbass is also set to reprise her role in the series, in which she works alongside Brian Cox, Kieran Culkin, and Nicholas Braun.