Home seven-facts Everything We Know About "Westworld" Actor James Marsden

Everything We Know About "Westworld" Actor James Marsden 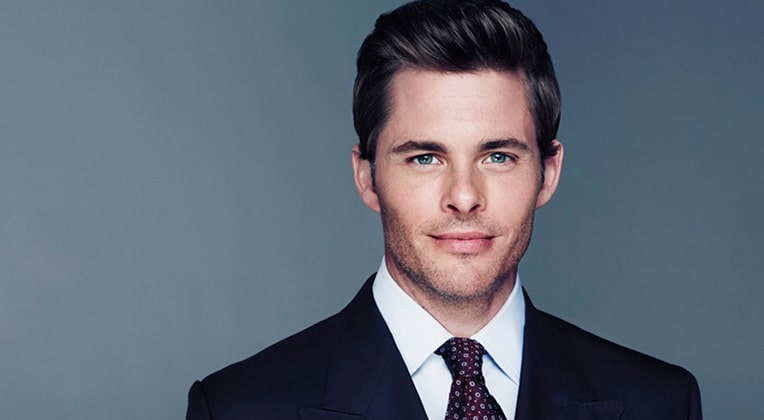 7. His Parents Divorced While He was Nine

Marsden was born to Kathleen Marsden and James Luther Marsden. His father was head of food safety at Chipotle Mexican Grill and is a food safety advisor to LexiGene Industries. His mother, on the other hand, is a nutritionist.

Marsden's parents divorced in 1982 when he was only nine years old. He has four siblings; two brothers Jeff Marsden and Robbie Marsden, and two sisters Elizabeth Marsden and Jennifer Marsden.

Actor James Marsden resides in Los Angeles, California. There he owns a mid-century house, for which he spent $1.8 million. The four-bed, three-bath home features glass walls and sliding doors.

Before, he owned a house in Nashville, Tennessee. Marsden sold the 3,974 square feet property that features three bedrooms, 3.5 bathrooms, for $1.399 million in 2010.

According to celebritynetworth, James Marsden has a net worth of around $8 million in 2020.

5. He Wore Lifts to Look Taller in X-Men

Almost every one of us knows James Marsden's X-Men character was more than 6 feet tall. However, the actor in real is only 5 foot 10 inches tall. His character Cyclops was supposed to stand 6 ft. three inches tall compared to Wolverine's 5 ft. 3 inches. So he had to wear lifts in most of the scenes to enhance his height.

4. Has Won Several Awards and Nominations

James Marsden has been acting for over two decades. During this time, he has been a part of several hit films and many top-rated television series. Marsden has also been able to bag many prestigious awards and nominations.

The first award he won was for his role in X-Men, for which he won the Blockbuster Entertainment Award for supporting actor. In 2007, he won the Hollywood Film Festival Award in the ensemble of the year category for his role in Hairspray.

In 2017, Marsden was nominated for the Screen Actors Guild Award for his role in Westworld.

3. Marsden Had Auditioned for Primal Fear

Marsden landed his first acting job as Eddie in 1994 in a television series, The Nanny. Shortly over a year after, the actor auditioned for a role in the 1996 American neo-noir crime-thriller film, Primal Fear. But he lost the role out to actor and filmmaker Edward Harrison Norton.

2. He Was Married to Lisa Linde For 11 Years

More than eleven years after their marriage, Marsden and Lisa divorced in 2011 after Linde filed for divorce, citing irreconcilable differences in September that year.

1. Also Has a Son From Ex-Girlfriend Rose Costa

Marsden, however, shortly ended his relationship with Costa. In 2015, he started dating a British singer-songwriter and actress, Edei.