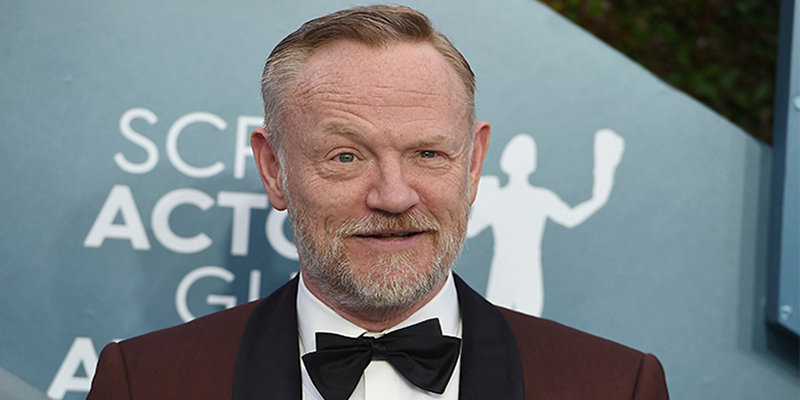 Jared Harris is a British actor, famous for his roles, including Lane Pryce in television drama series, Mad Men, and David Robert Jones in the sci-fi series Fringe. In 2019, he was cast as Valery Legasov in the HBO miniseries, Chernobyl. His role in the Paul Ritter, Jessie Buckley, Emily Watson, and Adam Nagaitis starrer series earned him a nomination for the Primetime Emmy Award for Outstanding Lead Actor in a Limited Series or Movie.

Today on the deck, we are taking out seven interesting facts of Jared Harris' life. Read it.

7. Born One of Three Children to Actor Parents

Jared Harris was born to Irish actor Richard Harris and his first wife, actress Elizabeth Rees-Williams. He has two brothers; Jamie Harris and Damian Harris. His older brother, Damian Harris, is a director and his younger brother, Jamie is an actor.

Besides, Harris' maternal grandfather, David Rees-Williams, was a politician.

Harris and his two brothers studied at Ladycross, a former preparatory boarding school. Harris said of his experience studying at Ladycross as:

They were famous for discipline, with cold showers every morning. You were never known by your first name there. You were either called by your number, or your last name.

Jared Harris started his career as a director in the 1983 film, Darkmoor, however, it was unfinished. In 1989, at the age of 28, Harris made his acting debut, appearing as Geoff in a British film The Rachel Papers.

He worked in many movies before getting a notable role of King Henry VIII in the 2003 TV movie The Other Boleyn Girl.

The Chernobyl actor, 58, has given three decades to the entertainment industry. In return, he has earned widespread fame as well as a handsome chunk of money. As of 2020, Jared Harris' net worth is estimated to be around $8 million.

The veteran British actor was honored with the Cinema Vanguard Award at the San Diego International Film Festival on October 18, 2019. The previous winners of the prestigious award include Topher Grace, Kate Beckinsale, and Adrien Brody.

2. He Is Married to Allegra Riggio

Harris is married to a lighting designer and television host, Allegra Riggio, since November 9, 2013. The couple first met in 2009 at a comedy club where their mutual friend was performing.

The husband-and-wife of six years have a big age gap of 14 years, however, it hasn't affected their married life at all. The pair don't have any children together.

Before Harris started dating Allegra Riggio, he was married to actress Emilia Fox. Fox is a daughter of actors Edward Fox and Joanna David and is famous for her role in The Pianist and The Soul Keeper.

They got married on 16th July 2005. They remained married for four years before going their separate ways in 2009. And their divorce was finalized in 2010. In an interview, Fox said she had a miscarriage two years before their split, which saddened both her and her then-husband.

Moreover, the couple couldn't get out of the misery of losing the baby, which the actress said was the cause of their divorce.

Before Fox, Harris was married to Jacqueline Goldenberg. They got married in 1989 and got divorced in 1990.