Jazz Jennings Se*uality, Education, & Views On Politics, Here Are Seven Facts About Her 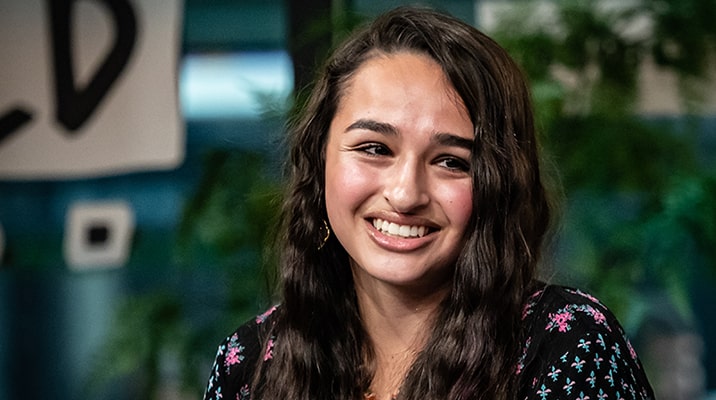 A YouTube and television personality, spokesmodel, and LGBT rights activist, Jazz Jennings has all of these tags under her profession only at the age of 19.

Gaining national attention with an interview related to her transgender status, she eventually started getting invitations for high-profile interviews.

She has starred in a reality series I am Jazz. The show was aired on TLC with five seasons and ended on 2019.

Here we will find out more about her life and career. Let's begin.

Assigned male gender at birth, Jennings received national recognition when she appeared in an interview with Barbara Walters.

Wishing to be a girl since the age of two, the young trans YouTube star always had a desire to validate her identity as a woman. She exclaimed that her interest in dating boys was mixed with apprehension for acceptance because of the transgender identity.

On 2018, Jazz went through surgery to confirm her gender. Her love for wearing leggings and sweatpants made her stoic to the fear of the operation.

The surgery was successful, but she was appointed for another procedure because of a setback. However, she has stated that the process involving "cosmetics and external" was nothing of "dramatic" sort.

Displaying the scars from the surgery, Jennings wore a crimson-colored one-piece bathing suit in the post of her Instagram with the hashtag decade challenge.

In an interview with Cosmopolitan back in 2015, Jennings cited that she is attracted to a mermaid, calling them the whimsical and mystical creature of all time.

Her love for mermaid goes as far as designing silicone mermaid tails and selling them online, which she does via a company, Purple Rainbow Tails, founded on 2013.

She has also posted a video of her swimming in the pool in her YouTube channel, as might be expected called Jazz Mergirl, and she looks just like the fairy-tale stories mermaid.

After all, her secret dreams are filled with being a mermaid.

5. She Deferred Her Harvard Admission

The South Florida native shared the news of getting into Harvard, an Ivy League College, in May of 2019 on her Instagram.

Getting a acceptance letter of Harvard leaves the majority of students stoked, and Jennings had a similar experience. In 2015, she had revealed the desire to attend Harvard to Cosmopolitan, and after four years, she got the chance to live the passion.

Jazz was deluged with the comments of congratulation in the picture where she wore the sweater with Harvard repped in it.

Later, on October, Jazz revealed that she would be postponing her admission at Harvard to take some time to beef up and prepare for the exciting chapters ahead.

Unsure of the majors she will be taking in the Harvard, her interest lies in something with Philosophy, Religion, or Gender.

4. Jazz Jennings is the youngest Person Diagnosed With Gender Dysphoria

Born a male, Jazz started showing a penchant for the feminist side from when she was only 15 months old.

At just the age of two, she started expressing her thoughts about being a girl. She states having a girl brain and a boy body in an interview with Barbara Walters.

By the age of five, Jennings was diagnosed with gender dysphoria, a strong wish to be the opposite gender or an insistence that one is the other gender, making her the youngest people to a diagnosis about gender dysphoria.

Jazz parents were supportive of her decision of transitioning from male to female after the diagnosis.

3. Started Using Hormone Blockers at the Age of 11

Despite claiming herself as a girl, Jazz body was designated as that of a male and would produce male hormones.

To combat the issue, she started taking puberty blockers to prevent the stage of voice deepening and facial hair growth associated with puberty. She also started taking estrogen when she was in high school, according to ABC news.

Because of the hormonal use, enough tissue was not formed in her body. This required the doctors involved in the surgery for gender confirmation adopt new techniques in the initial stage.

When asked if she wants to be a president, Jazz replied, "Ew, I hate politics; I need to fix the government."

With no interest in joining the politics, on further probing, she expressed her plans of being a activist for a long time.

As a matter of fact, Jennings founded the TransKids Purple Rainbow Foundation along with her parents in the year 2007. The foundation mission is to enhance the lives of Transkids and assist in the research about trans youth.

1. Jazz Came Out as Panse*ual

On July of 2014, Jazz did a Q&A session in her YouTube channel where she answered the question regarding her se*ual orientation.

In the session, Jennings stated she is panse*ual. She further explained the preference by saying she loves a person "for their personality" and is unconcerned about the se*ual orientation or gender status.