Home seven-facts Jeffrey Wright Dropped Out Of NYU To Pursue A Full-Time Acting Career: Seven Facts About The Emmy Winner

Jeffrey Wright Dropped Out Of NYU To Pursue A Full-Time Acting Career: Seven Facts About The Emmy Winner 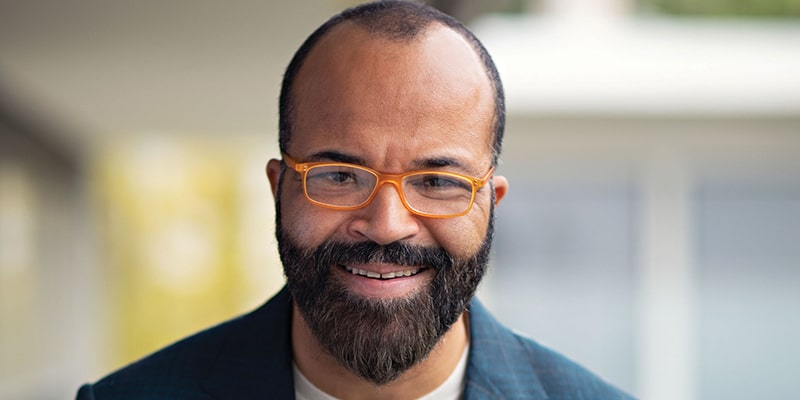 Jeffrey Wright is an American actor notable for his Emmy-winning performance as Belize in the Broadway production and HBO miniseries Angels in America. Wright has been a regular cast of HBO's Westworld, which is coming up with its third installment in 2020.

Here is everything you need to know about Jeffrey Wright.

Wright was born on 7th December 1965 in Washington, D.C., U.S. His father died when he was one year old and he was raised by his single mother. His mother worked as a customs lawyer.

6. Dropped From NYU to Pursue a Full-Time Acting Career

After that, Wright joined New York University for two months before he dropped out to pursue a full-time career in acting.

5. Made a Film Debut From Presumed Innocent

Having worked in a couple of off-Broadway projects in New York City and Washington, D.C., Jeffrey Wright made his film debut from a 1990 film, Presumed Innocent, in which he played a role of a prosecuting attorney.

Wright had dropped out of new York University just after two months. Wright couldn't carry his educational career any further, however, in 2004, he was awarded an honorary degree from his alma mater, Amherst College.

Actor Jeffrey Wright was in a long-time relationship with actress Carmen Ejogo before they got married in 2000. The lovebirds gave birth to two children, a son Elijah and a daughter Juno.

After around fourteen years long married life, Wright and Ejogo divorced in 2014.

2. Won Handful of Awards for Angels in America

From 1993 to 1994, Wright portrayed a role of a gay nurse, Norman "Belize" Arriaga, in a Tony Award-winning play Angels in America. Wright also bagged the Tony Award for Best Featured Actor in a Play for his portrayal. Later in 2003, Wright reprised his role in HBO's television adaptation of Angels in America starring Al Pacino, Meryl Streep, Patrick Wilson, and Justin Kirk among others.

His performance in the miniseries won him Primtime Emmy Awards and Golden Globe Award for Best Supporting Actor in a miniseries.

Wright is one of the main cast of the series and receives an alluring paycheck for his work. As per some online outlets, Wright has been taking a whopping $250,000 per episode since its first season in 2016.