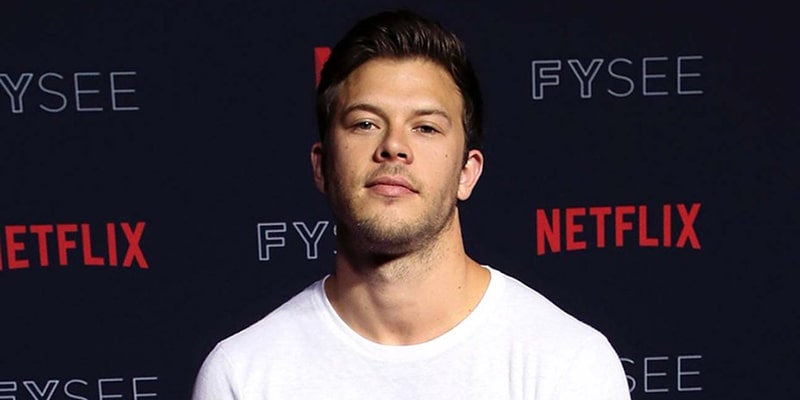 Starting as a youtuber, Jimmy Tatro went on to pursue a career in acting, comedy, and writing. He initially garnered fame as the creator and star of the YouTube channel, LifeAccordingToJimmy. Besides the web series, Tatro has also made his name in the entertainment industry from his appearances in the series like Grown Ups 2, 22 Jump Street, and American Vandal among others.

The 27-year-old Los Angeles-native has maintained a low-key lifestyle ever since he rose to the limelight. So, we have brought seven interesting facts about YouTube star. Let's dig it out.

7. He is a Notre Dame High School Graduate

Jimmy Tatro was born in Los Angeles, California, on February 16, 1992. He has two siblings, brother John Tatro, and sister, Lauro Tatro. He studied at Notre Dame High School in Sherman Oaks, California. Later, he enrolled at the University of Arizona, however, he dropped out in the junior year to pursue a career as a youtuber. Tatro was a member of Pi Kappa Phi fraternity while he studied at the University of Arizona.

In 2019, Jimmy Tatro made his television appearance in the fantasy drama series Charmed and Tacoma FD and screen appearance in action-comedy Stuber. Likewise, he is set to make a film appearance in 2020 as well.

He has worked in a Judd Apatow directed comedy film, King of Staten Island. He has worked alongside the likes of Pete Davidson, Bel Powley, Bill Butt, and Pamela Aldon in the film. The movie is set to be released on June 19, 2020.

5. His Is a Successful YouTuber with Over 3 Million Subscribers on His Channel

Jimmy Tatro kicked off his career in entertainment, creating a YouTube channel, LifeAccordingToJimmy, in November 2011. He partnered with Christian Pierce on running the channel, in which the duo upload comedy skits. As of early 2020, their channel has boasted more than 3.33 million subscribers, and it has total views of more than 591 million.

The 27-year-old American Vandal star made his acting debut from his self-created web series LifeAccordingToJimmy in 2011. Two years later, he made his cameo as Fratboy Jimmy in Grown Ups 2, which helped him grab attention from some renowned directors. Afterward, he made his appearance in a 2014 film 22 Jump Street, in which he played a role of Rooster.

In 2017, Tatro grabbed the spotlight after playing the main role of Dylan Maxwell in American Vandal alongside actors Tyler Alvarez and Griffin Gluck. He earned a Critics' Choice Television Award nomination for the best actor in a movie/miniseries.

Meanwhile, actor Jimmy Tatro also made his place in the series cast, as a voice artist. Tatro voices the character Mitch, a local rival street racer. The character is reported to be recurring, but it has not been confirmed yet.

2. Tatro's Net Worth is Undoubtedly in Millions

Jimmy Tatro has worked in some hit films and television series in a main role, which certainly have earned well for him. Besides, he also earns a hefty sum of money from his YouTube channel. As per some reliable sources, Tatro's net worth is estimated to be range between $1 million and $2 million.

Tatro's earnings from YouTube take a significant part in his net worth. As per Social Blade, his YouTube channel LifeAccordingToJimmy is estimated to earn between $1.5k-24.5k monthly and $18.4k-$294.4k annually. So the channel can be speculated to have boasted millions of dollars during its eight-year-long run.

Tatro is a presence on Instagram with huge 475k followers (as of Jan. 2020). Going through his social media profile, we came to know, the actor falls among one of the stars who share lots about themselves. His Instagram posts hardly say anything about his love life, but his personality.

With reference to his Instagram photos, we can say traveling is Jimmy Tatro's second love after acting. He can be seen visiting many popular places across the globe.